On This Day In F1 – Schumacher Dropped The First Hint He Was Considering Retirement – WTF1
Skip to content
×
Formula 1 , On This Day

News
In 2006, just a few days after turning 37 years old and off the back of a pretty miserable 2005 season, Michael Schumacher made it clear that retirement was becoming an option. He told German publication Der Spiegel:

“If I don’t have the chance to win races and challenge for the title I don’t think I’ll be very keen to extend my career. If we want to progress we need more staff. In Formula 1 you cannot afford to stand still. I want to know where we’re heading.”

He also said that the 2005 season was “catastrophic” and that Ferrari had become careless in the wake of years of success. They’re rather unusual comments in that they could be seen as a slight criticism of his team, something he hardly ever did in public throughout his career.

As it turns out, he was able to challenge for the title in 2006 but ended up retiring (for the first time) from the sport anyway – although rumour has it that it wasn’t entirely his own decision… 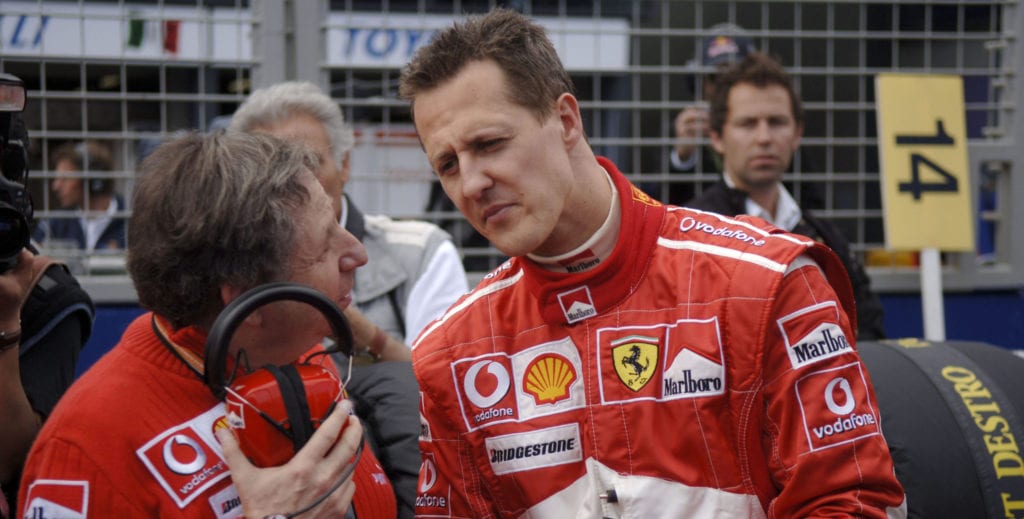