On This Day In F1 – Schumacher Earned Himself A Two-Race Ban – WTF1
Skip to content
×
Formula 1 , On This Day

1965 British Grand Prix
Such was the speed and talent of both Jim Clark and Graham Hill that they managed to finish comfortably first and second despite nursing car issues. Hill had been struggling with his brakes (which admittedly weren’t needed a whole lot at the old, ultra-fast Silverstone layout) while Clark later got into problems when his engine as it started to lose oil pressure. Remarkable, Clark used his legendary mechanical sympathy to work out that by switching his engine off for the high-speed corners, he might still be able to keep his car going until the finish. He ran the last dozen or so laps like this, lapping only a couple of seconds slower than his usual pace, and although Hill closed the gap, Clark still won by just over three seconds.

1988 British Grand Prix
For the only time that season it wasn’t a McLaren starting from pole, but a Ferrari as Gerhard Berger and Michele Alboreto led the early stages of the race from the front row. On a wet track, it wasn’t long before Ayrton Senna went past, and he went on to win ahead of Nigel Mansell and Alessandro Nannini as Alain Prost retired with supposed handling problems.

1994 British Grand Prix
Michael Schumacher drew the wrath of the stewards when he overtook Damon Hill twice during the formation lap, earning himself a stop/go penalty. He failed to take the penalty, at which point he was shown the black flag. He later served the penalty and finished second to Hill, who achieved what his father never could and won his home grand prix.

Schumacher was fined and reprimanded for ignoring his penalty, but the FIA took a rather dimmer view of what had happened – he was later disqualified from second (promoting Jean Alesi and Mika Hakkinen to second and third) and given a two-race ban, while Benetton was fined half-a-million dollars.

2005 British Grand Prix
Juan Pablo Montoya won his first race for McLaren after a difficult first half of the season, courtesy of having sustained a shoulder injury. Alonso finished a close second while Kimi Raikkonen took third, having started 12th thanks to yet another engine penalty.

2011 British Grand Prix
The FIA decided that the blown diffuser technology being used by a lot of teams was suddenly in need of being regulated ahead of the weekend. This had a negative effect on the performance of certain teams (mainly Red Bull and the Mercedes-powered teams) and caused a fair amount of arguments over the course of the weekend.

The race itself started off damp and this, coupled with Ferrari being able to benefit from the reduced effect of blow diffusers, allowed Fernando Alonso to put in a superb performance to take the win. Sebastian Vettel finished second ahead of Mark Webber, although there was a bit of drama there as Webber had been given team orders not to fight his teammate in the closing stages, but ignored them anyway.

2016 British Grand Prix
Lewis Hamilton sauntered off to another home victory as Max Verstappen made the most of early wet conditions to brilliantly get ahead of Nico Rosberg. Rosberg later found his way back ahead of the Red Bull driver, but was given a 10-second time penalty after the race as a result of his team giving him instructions on how to fix a gearbox issue – a bizarre rule of the time forbid teams from telling their drivers how to managed car problems.

Jean-Pierre Jarier (born 1946) made his debut in 1971 and quickly earned the nickname ‘Jumper’ – not because he was a little too keen at race starts, but because of the way the young son of March founder Robin Herd pronounced ‘Jean-Pierre’.

Jarier had plenty of speed, putting his Shadow on pole for the first two races of 1975, but a combination of a few mistakes and plenty of poor reliability prevented him from achieving the results his talent perhps deserved. After a couple of anonymous years with the ATS team, he got a big break in tragic circumstances when Lotus called him up following Ronnie Peterson’s death in 1978. In the Canadian GP, Jarier had taken pole and was dominating the race until an oil leak put him out.

He managed a couple of podiums with Tyrrell in 1979 but from then on his career slipped a little and he became more known as a difficult backmarker, with James Hunt once famously saying on commentary that Jarier “has a mental age of 10”. He retired from F1 at the end of 1983. 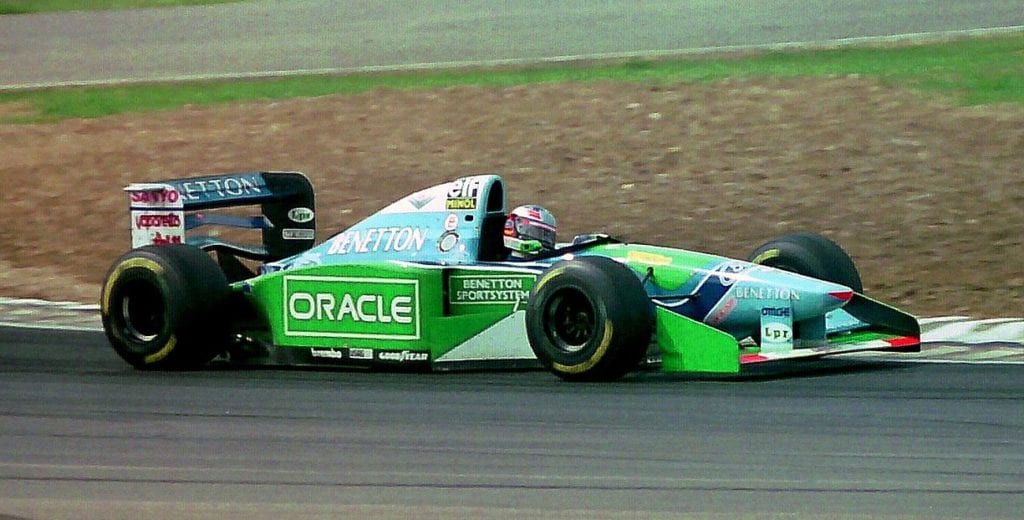