On This Day In F1 – Schumacher Was Disqualified From The Entire 1997 Championship – WTF1
Skip to content
×
Formula 1 , On This Day

2018 Brazilian Grand Prix
Max Verstappen put on a searing display in the opening laps as he moved up from fifth to second, and then grabbed the lead from Lewis Hamilton during the pit stops. He looked set to win until Esteban Ocon, two laps down in the Racing Point and just out of the pits on fresher tyres, attempted to unlap himself. He went around the outside of Turn 1 but couldn’t get past, but for some reason decided to stick his nose up the inside into Turn 2. He crashed into Verstappen and although the Red Bull kept going, he lost the lead to Hamilton and wound up second.

Ocon was given a penalty but a furious Verstappen wasn’t satisfied and ended up giving Ocon a few shoves in parc fermé after the race. The FIA didn’t take kindly to this and issued the unusual penalty of forcing Verstappen to do two days of public service to try and show a better example. In among all the craziness, Mercedes secured its fifth constructors’ title.

News
After his badly-executed attempt to take Jacques Villeneuve out of the 1997 title decider at Jerez, the FIA World Motorsport Council met to discuss Michael Schumacher’ punishment. On this day in 1997, it was revealed that he was to be stripped of second place in the championship, and made to participate in a road safety campaign the following year. However, all of his individual race results stood.

The council discussed whether he should be banned for the 1998 season too but, given that Schumacher’s actions weren’t pre-meditated, opted against it. Schumacher accepted the decision and remains the only driver to be disqualified from the drivers’ world championship. It meant that Heinz-Harald Frentzen was moved up to second overall and David Coulthard to third.

Birthdays
Piero Scotti (born 1909) entered a Connaught in the 1956 Belgian GP, but retired from what would be his only race. Maria Teresa de Filippis (born 1926) became the first woman to race in F1 when she started three races in 1958, with a best finish of 10th.

Vittorio Brambilla (born 1937) had a fantastic nickname – ‘The Monza Gorilla’ – so called because of his aggressive style in behind the wheel. He started 74 races between 1974 and 1980 and his occasional impressive speed paid off, winning the soaking wet Austrian GP in 1975 and crashing as he crossed the finish line. 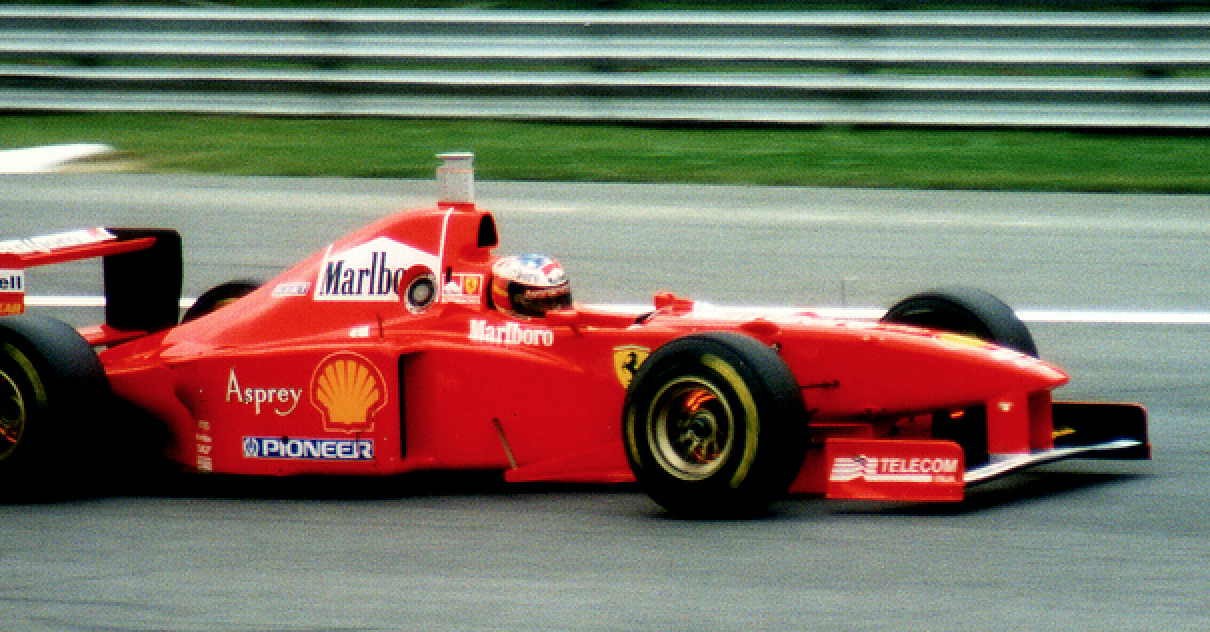