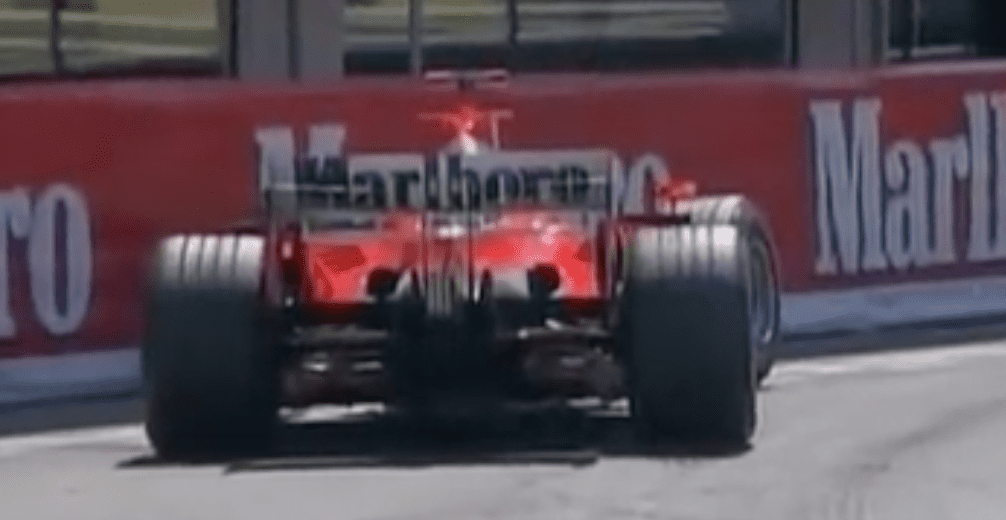 On This Day In F1 – Schumacher Parked His Ferrari At Rascasse

1951 Swiss Grand Prix
A 21-year-old Stirling Moss made his F1 debut, driving an HWM. It was a muted debut (thanks largely to the car not being especially competitive) as he qualified 14th and finished eighth. The wet race was comfortably won by Juan Manuel Fangio ahead of Piero Taruffi, with Giuseppe Farina in third.

1979 Monaco Grand Prix
Jody Scheckter stamped his authority on the championship battle by leading an attritional race from start to finish to win – albeit just ahead of the Williams of Clay Regazzoni, who’d charged from 16th to second. With Gilles Villeneuve’s engine blowing from second place and Jacques Laffite retiring with gearbox failure, Scheckter took the lead in a championship he was never to lose.

1990 Monaco Grand Prix
Despite suffering some late engine issues, Ayrton Senna was able to win at Monaco for the third time in four years. Jean Alesi put in another mega performance for Tyrrell, qualifying third and then moving up to second when Alain Prost retired and finishing just one second behind Senna, with Gerhard Berger third.

2001 Monaco Grand Prix
After stalling his McLaren on the formation lap, pole-sitter David Coulthard was forced to start the race from the back – never a good thing at Monaco. He quickly made up a few places, but on lap eight he came up behind the Arrows of Enrique Bernoldi – where he remained for the next 35 laps, unable to pass. Once Bernoldi finally pitted, Coulthard unleashed an impressive turn of pace and continued his march through the field, eventually finishing fifth as Michael Schumacher and Rubens Barrichello were left to complete a Ferrari one-two – amazingly, Schumacher’s fifth and final Monaco win – with Eddie Irvine giving Jaguar its first podium in third.

After the race, Bernoldi revealed that a furious Ron Dennis and Norbert Haug had gone up to him and threatened to end his career. Dennis later denied that, but did accuse the Arrows team of ordering Bernoldi to hold Coulthard up on purpose in order to get more TV coverage for the sponsors. A racing driver defending their position and refusing to be overtaken – how dare they!

2007 Monaco Grand Prix
The moment where the relationship between Fernando Alonso, Lewis Hamilton and McLaren began to sour? Alonso had the race won from pole position and with Hamilton second and Felipe Massa a long way behind in third, the obvious call came to ‘conserve their equipment’ (thinly-veiled team orders, which were banned at the time) and bring it home for a one-two. Alonso backed off but Hamilton continued to push in the closing stages, eventually backing off when the team explained that he needed to think of the team ahead of himself.

Hamilton wasn’t happy, however, and claimed that Alonso had been favoured. As the lead car, he had been, which is standard procedure for any drivers in any F1 team. To make matters worse, Hamilton’s claims prompted the FIA to launch an investigation into whether McLaren had illegally issued team orders. No wrongdoing was found, but the cracks in the team were beginning to show.

2012 Monaco Grand Prix
Mark Webber won from Nico Rosberg and Fernando Alonso in an unusual race which seemed to be an exercise as driving as slowly as possible in order to save tyres – at the finish the top six were separated by just six seconds.

2018 Monaco Grand Prix
After a duff pit stop cost him the win in 2016, Daniel Ricciardo got his redemption with a magnificent drive from pole position, despite a complete shutdown of his ERS which left him with 25 per cent down less power. Ricciardo adapted quickly, managing his braking points and knowing where and when to push to not only hold off Sebastien Vettel, but even pull a bit of a gap. Lewis Hamilton finished third ahead of Kimi Raikkonen, Valtteri Bottas and Esteban Ocon – the exact same as the qualifying order – while Max Verstappen finished ninth, having started 20th following a sizeable shunt in FP3.

News
Schumacher was sitting on provisional pole for the 2006 Monaco GP, but his final lap wasn’t quite as quick whereas Fernando Alonso – who was behind him on the track – was on course to top the timesheets. It was then that Schumacher had one of his brain farts. Coming through Rascasse, he faked a bit of oversteer and effectively parked his Ferrari at the exit, blocking the race track and preventing Alonso from beating his time.

Everyone saw through what Schumacher had tried to do. Keke Rosberg called it “the cheapest and dirtiest thing I have seen in F1”; Flavio Briatore slammed his unsportsmanlike behaviour and dismissed Schumacher’s own explanation that he’d simply made a mistake – a view pretty much everyone agreed with. Alonso said that if Schumacher wasn’t punished, he was going to pull up on the grid at the end of the warm-up lap, get out of his car, and go and lay down in front of Schumacher as a form of protest. Sadly we never got to see if he went through with it as the stewards saw it as obviously as everyone else and disqualified Schumacher from the session altogether.

Birthdays
Robin Widdows (born 1942) had a background in Olympic bobsleigh competition as well as motorsport, and entered a single race, the 1968 British GP, which he retired from.

Piers Courage (born 1942) raced BRMs for Reg Parnell Racing in 1967 and 1968 before joining Frank Williams’ new team in 1969. He had a superb season, putting the team’s outdated Brabham on the podium twice, and hopes were high for 1970. However, the new De Tomaso chassis was a nightmare, and Courage sadly died in an accident in the Dutch GP following a suspension failure.

Pierre Henri-Raphanel (born 1961) failed to qualify for the last race of 1988 with Larrousse, and then spent most of 1989 failing to qualify and pre-qualify for Coloni and Rial. The only race he did qualify for was Monaco, though he only last 19 laps before his Coloni’s gearbox broke.