On This Day In F1 – Schumacher Raced Against A Fighter Jet – WTF1
Skip to content
×
Formula 1 , On This Day

News
As publicity stunts go, racing an F1 car against a fighter jet is something that will always go down well.

In 2003, a race was organised in honour of two anniversaries – the centenary of manned flight, and 50 years since Tazio Nuvolari’s death – a man who also raced against an aeroplane.

Michael Schumacher took on a Eurofighter Typhoon with his Ferrari F2003-GA in three drag races over three different distances – 600 metres, 900 metres, and 1200 metres.

Despite the wet surface, Schumacher narrowly won over the shorter distance but was trounced over the longer one.

In the 900-metre decider the jet claimed absolute victory, winning by two-tenths of a second.

For once, Schumacher didn’t seem too fussed about losing, saying:

“The best race was the first! If it weren’t for the rain we would have had more grip, but, in any case, the result was not important in this race. It was fun watching the plane take off from where I was sitting.” 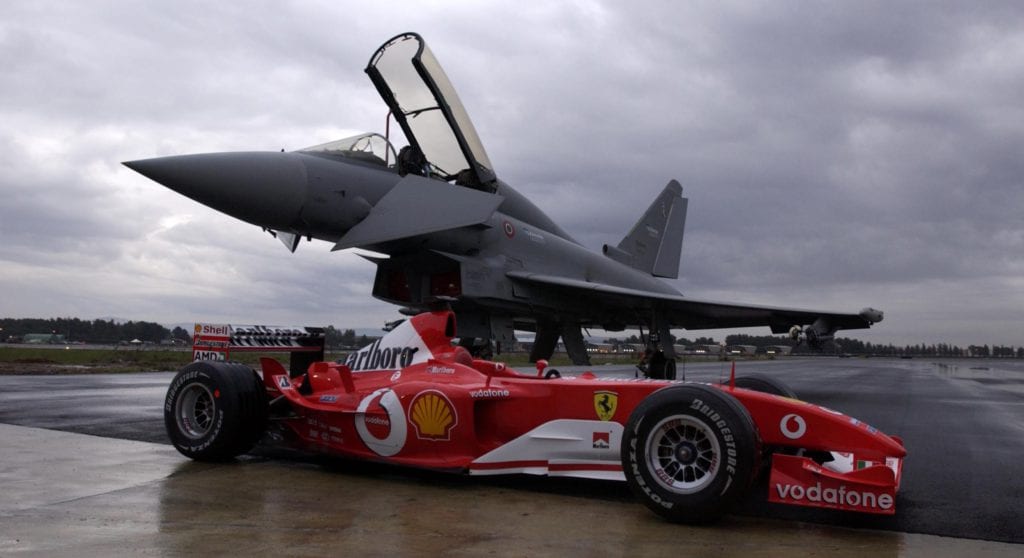