On This Day In F1 – Schumacher Stayed Out On Slicks In The Wet… And Won – WTF1
Skip to content
×
Formula 1 , On This Day

1967 Canadian Grand Prix
Mosport hosted the first Canadian GP and was dominated by Brabham – Jack Brabham winning from teammate Denny Hulme, with third-placed Dan Gurney a lap behind – enough to give the team its second consecutive (and amazingly, final) constructors’ championship.

1989 Belgian Grand Prix
Fast-forward 11 years and the mighty Lotus team had plummeted. For the first time in the team’s long history, both Lotuses failed to qualify for a race as Nelson Piquet and Satoru Nakajima missed the cut. In the race, Ayrton Senna led on a wet track from start to finish as Alain Prost fended off a charging Nigel Mansell for second.

1995 Belgian Grand Prix
Michael Schumacher put in one of his most iconic performances. He started only 16th, but when the rain came down made the brave call to stay out on slicks whilst Damon Hill pitted for wets. Despite being several seconds a lap slower, Schumacher held off Hill for ages – albeit with some questionable defensive driving. Eventually he made a mistake and handed Hill the lead, but shortly afterwards slicks became the tyre to have and Hill had to pit again, dropping to second.

The rain came down again and both pitted for wets, but the battle was over when Hill was penalised for speeding in the pit lane and he had to settle for second as Schumacher won – though he was given a suspended one-race ban for his aggressive defence. Martin Brundle finished third for Ligier – the final podium of his F1 career.

2000 Belgian Grand Prix
After spinning out of the lead on a drying circuit, Mika Hakkinen went on a charge to catch back up to title rival Michael Schumacher. After being rudely forced towards the grass on the run up to Les Combes, Hakkinen then used the backmarker of Ricardo Zonta to pull off one of F1’s greatest overtakes with three laps to go.

Hakkinen took the win from Schumacher and extended his championship lead, while Ralf Schumacher did a solid job to put his Williams on the podium.

2006 Turkish Grand Prix
Felipe Massa scored his maiden F1 victory from his first career pole position, and the first of what would be three consecutive wins at Istanbul Park. Championship-wise it was a bit of a win for Fernando Alonso – with Michael Schumacher having to stack behind Massa in the pits during a safety car period, Alonso managed to pinch second place from the German and gain two extra points, ending a run of four races where Schumacher had eaten into his championship lead.

2017 Belgian Grand Prix
It was a tense, thrilling duel between title rivals Lewis Hamilton and Sebastian Vettel as the pair pushed each other hard for pretty much the whole race. Hamilton came out on top after a brilliantly clever bit of driving during a safety car restart – to prevent Vettel getting a run on him, he backed off through Eau Rouge and relied on the superior power of his Mercedes to keep him ahead.

Birthdays
27 August is a pretty popular day for F1 drivers to be born. Charles Pozzi (born 1909) started just one race – the 1950 French GP – and finished sixth in a shared drive with Louis Rosier. Tom Belsø (born 1942) was Denmark’s first F1 driver and started a handful of races for Frank Williams’ team in 1974, with a best finish of eighth.

Derek Warwick (born 1954) had a long career spanning from 1981-1990, and again in 1993. In his early career he was hailed as Britain’s next biggest F1 hope, and in 1986 Ayrton Senna vetoed him as his teammate at Lotus. Despite that, he only had four podiums in his career, all whilst driving for Renault in 1984.

Gerhard Berger (born 1959) won 10 races in his long career during stints with teams as illustrious as Ferrari, McLaren, and Benetton. In fact, he won both Benetton’s first race (in 1986) and last race (in 1997) which were also his first and last wins.

Mark Webber (born 1974) wasn’t bad for a number two driver, winning eight races for Red Bull and coming close to winning the championship in 2010. Lastly, there’s Sergey Sirotkin (born 1995), who had a solid season for a struggling Williams team in 2018. 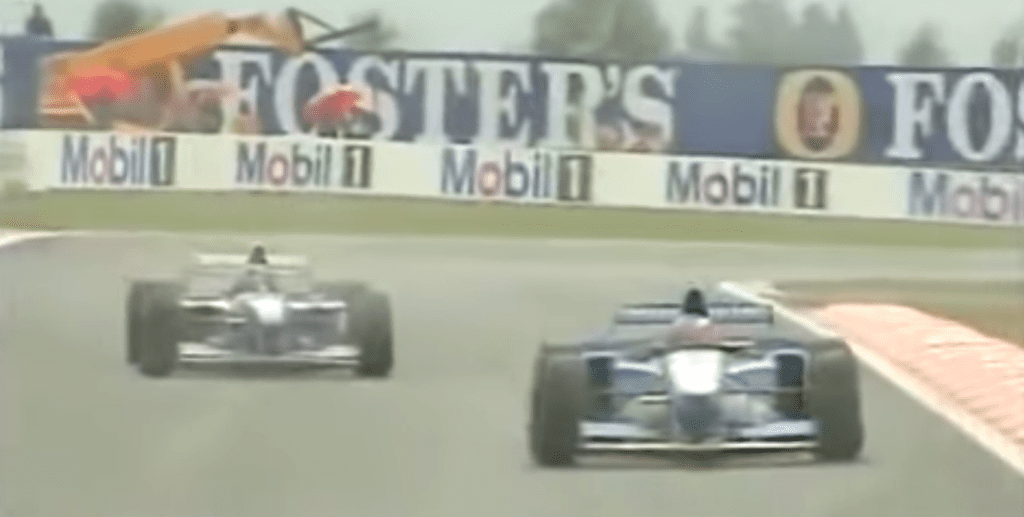