On This Day In F1 – Schumacher Was ‘Investigated’ For Crashing Into Villeneuve – WTF1
Skip to content
×
Formula 1 , On This Day

News
Michael Schumacher’s deliberate attempt to win the 1997 championship by crashing into Jacques Villeneuve was stupid. He was properly punished for it, too, but for one person apparently being disqualified from the championship and made to take part in road safety campaigns wasn’t enough.

On this day in 1998, it was reported in The Guardian newspaper that a viewer in Germany had written to the state prosecutors office in Cologne to “check whether Mr Schumacher’s action was punishable”. If so, possible charges included “attempted murder, inflicting grievous bodily harm, coercion, and driving offences”. If you think that’s slightly ridiculous for what was ultimately a minor collision in a sporting event, you’d be right. The prosecutors quickly ruled that there were no grounds to press charges and the short investigation (if you can even call it that) was dropped.

Birthdays
Pablo Birger (born 1924) started two races for Gordini – both in his native Argentina – in 1953 and 1955. Both ended in retirement; the first year as a result of car failure, the second after a second-lap collision having qualified a reasonably impressive ninth. 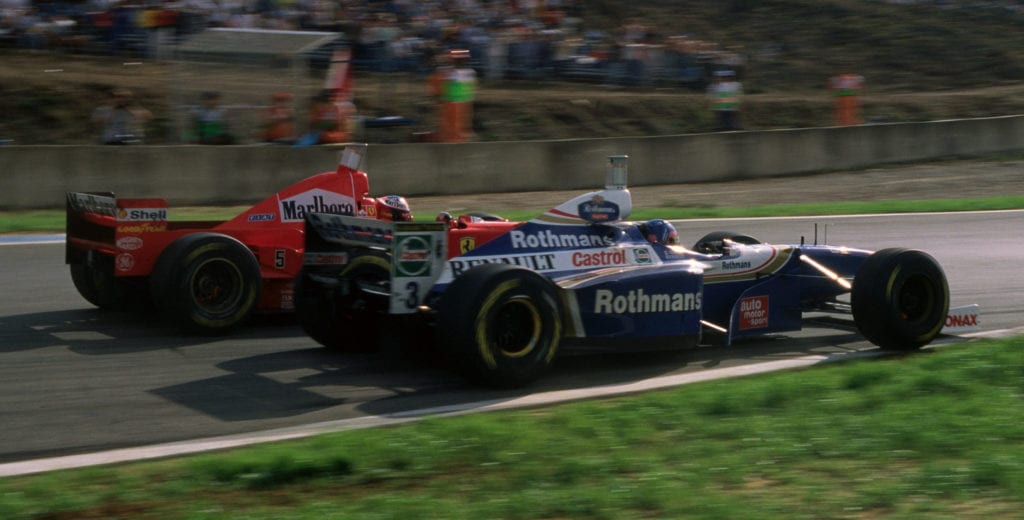