On This Day In F1 – Schumacher Went Karting Against A Young Hamilton And Rosberg – WTF1
Skip to content
×
Formula 1 , On This Day

1951 Spanish Grand Prix
The final round of 1951 saw a three-way showdown for the championship between Fangio’s Alfa Romeo and the Ferraris Alberto Ascari and Jose Froilan Gonzalez. While Gonzalez needed a little bit of luck to prevail, for Ascari and Fangio the equation was simple: win. In the event Fangio took a comfortable victory as the Ferrari’s hit tyre trouble, giving the Argentine the first of what would be five championships.

2012 Indian Grand Prix
Although the Buddh International Circuit had an interesting layout and despite 2012 being a bonkers season, the race was somehow rather a boring one. Sebastian Vettel took a commanding victory to extend his championship lead as Fernando Alonso moved from fifth to second, with Mark Webber third.

2018 Mexican Grand Prix
Having been narrowly denied the record of youngest-ever pole sitter in qualifying by his own teammate, a fired-up Max Verstappen made up for it in the race with a commanding victory ahead of the Ferrari’s of Sebastian Vettel and Kimi Raikkonen. The Mercedes drivers were strangely off the pace and finished almost a lap down, but fourth was enough for Lewis Hamilton to clinch his fifth championship.

News
The final round of the 2001 World Karting Championship had a special guest – Michael Schumacher. Fresh off the back of winning his fourth title, Schumacher decided to put in an appearance in the races, which were taking place on his home track in Kerpen.

Schumacher showed reasonably well – although he spun out of the first race, he recovered to finish second in the race two. The race featured a few names that would become familiar in F1 in the future – Nico Rosberg, Lewis Hamilton, Giedo van der Garde and Vitantonio Liuzzi, who became that year’s karting champion.

Birthdays
Hans Klenk (born 1919) started just one race, the 1952 German GP, where he finished 11th. Walt Hansgen (born 1919) started two races, both at Watkins Glen – one in 1961 (which he retired from) and another in 1964, where he scored two points for finishing fifth in a race of serious attrition. Antonio Creus (born 1924) entered a Maserati in the 1960 Argentine GP, but only lasted 16 laps before he became too exhausted to continue and had to retire.

Bernard Charles Ecclestone (born 1930) – yes, that’s the Bernie Ecclestone – entered the Monaco GP in 1958, but failed to qualify. While his driving career may not have amounted to much, his tenure as a driver manager, team owner (Brabham) and later overlord of the entire sport meant that he’s probably had more impact on Formula 1 as we know it today than any racing driver has, champion or otherwise. 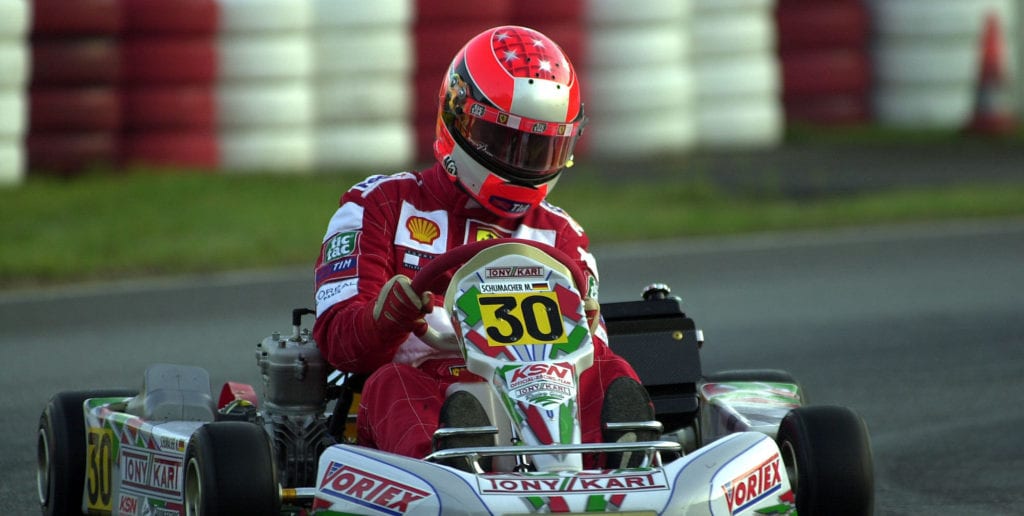