1987 British Grand Prix
After running behind his Williams teammate Nelson Piquet for the first half of the race, Nigel Mansell decided it was worth a gamble to come into the pits for a fresh set of tyres. This left him almost half a minute behind with 28 laps left to go as Mansell put in a stirring drive to hunt down Piquet.

With three laps to go, Mansell pulled off one of the most famous overtakes in F1 history. Coming down to Stowe, Piquet defended the inside line, so Mansell briefly pulled to the outside. Piquet, thinking he’d covered the move off, then drifted back to the middle of the track, at which point Mansell switched back to the inside, banged wheels with Piquet, and headed off to win. Mansell had pushed so hard that his engine failed on the last lap, while Piquet ended up with just the second place trophy and the dummy he’d bought from Mansell. Ayrton Senna was a lap down in third.

1998 British Grand Prix
Mika Hakkinen was dominating the very wet British Grand Prix in 1998. In fact, his lead was so big that even a spin and a trip through the gravel wasn’t enough to put a serious dent in it, but the worsening conditions prompted a safety car that would change the entire race.

Hakkinen’s massive lead was suddenly gone, and the damage he sustained during his spin would make it difficult for him to build the gap back up. When the safety car came in with 10 laps to go, he couldn’t hold off Michael Schumacher, who swept past and flew off into the lead.

Schumacher looked set to win until with three laps to go he was issued a 10-second stop-go penalty for passing Alex Wurz’s Benetton behind the safety car. That was surely it for his chances of winning – he didn’t have enough time in hand to take his penalty and retain the lead, so he just kept going. But on the last lap, he dived into the pits, served his penalty, and won the race in the pit lane. It led to a whole heap of confusion.

The finish line was located before Ferrari’s pit box, so he’d actually crossed the line to win before he’d even taken his penalty. So, what happened and why wasn’t he actually penalised?

After the race, Ferrari claimed that the penalty was issued too long after the incident happened, and also that when the team was issued the penalty they didn’t fully understand what type of penalty it was meant to be: was it a 10-second stop-go, or 10 seconds added to his race time? The stewards suggested the latter but since that wouldn’t change the result, McLaren protested and wanted 25 seconds added to Schumacher’s time – roughly what a stop-go would have cost him.

Eventually, the stewards decided that neither penalty could justly be applied and Schumacher and Ferrari got away with it. The whole thing was a bit of a farce and all three stewards involved lost their licences as a result of their sloppy work.

2009 German Grand Prix
Fresh from taking his first pole position, nothing was going to stop Mark Webber from finally winning his first grand prix – not even a drive-through penalty he received for colliding with Rubens Barrichello at the start. Webber was left down in eighth place following his first stop and his penalty but still had enough pace to overhaul his rivals and take his first victory. Sebastian Vettel finished second to make it a Red Bull one-two, while Felipe Massa put in a super drive to deliver Ferrari its first podium of the season.

Birthdays
Guy Ligier (born 1930) started 12 races in 1966 and 1967, scoring a point in the 1967 German GP. As his racing career began to wind down he started his own constructor, Ligier, which raced successfully in F1 between 1976 and 1996 and continues to compete in motorsport to this day. Each car carries the prefix ‘JS’ – a tribute to Jo Schlesser, who Ligier raced with in sportscars. 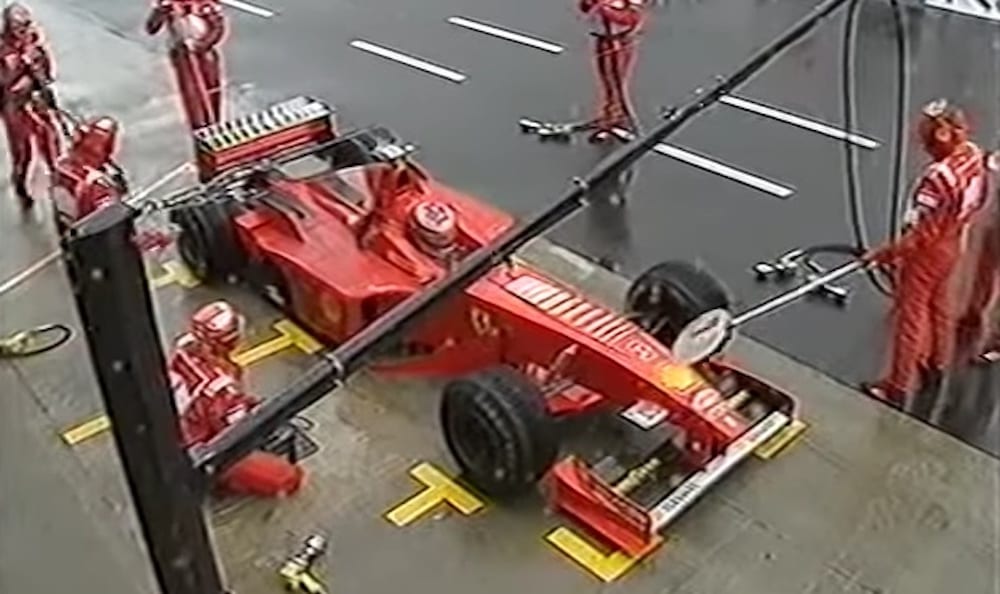