On This Day In F1 – Schumacher Wrapped Up His Fifth Title In Depressingly Quick Time – WTF1
Skip to content
×
Formula 1 , On This Day

1962 British Grand Prix
The last British GP to be held at Aintree was dominated by Jim Clark, who finished 49 seconds ahead of the Lola driven by John Surtees, with third-placed Bruce McLaren almost another further minute behind.

1985 British Grand Prix
Despite having set the then-fastest ever lap in F1 history to take pole the day before, Keke Rosberg dropped behind Ayrton Senna at the start and was later passed by Alain Prost before retiring with a broken exhaust. Senna led almost the entire way until Prost passed him a just a few laps from the end, at which point Senna’s Lotus failed. Prost took the win by more than a lap from Michele Alboreto and Jacques Laffite.

2002 French Grand Prix
One of the more exciting races of 2002 saw Juan Pablo Montoya lead the first phase of the race until some sort of handling issue saw him drop to fourth at the end. That should have left Michael Schumacher to cruise to victory, but he’d been hit with a drive-through penalty for crossing the white line at the pit exit (something which, bizarrely, Ralf Schumacher and David Coulthard also got pinged for). That put Kimi Raikkonen in the lead and looking likely to take his first win.

However, Schumacher wasn’t done yet. He caught up to Raikkonen and was pressuring him in the final laps when the young Finn ran wide on oil laid down at the hairpin laid down by Allan McNish’s Toyota. Schumacher slipped through and won not only his eighth race of the season, but also the championship. Yep. In July – after 11 of the 17 races that season. Raikkonen finished second in the race – still a career best – with Coulthard third.

For a jubilant Schumacher, it wasn’t only the earliest a championship had been won, but it was also his fifth title, equalling Juan Manuel Fangio’s all-time record. 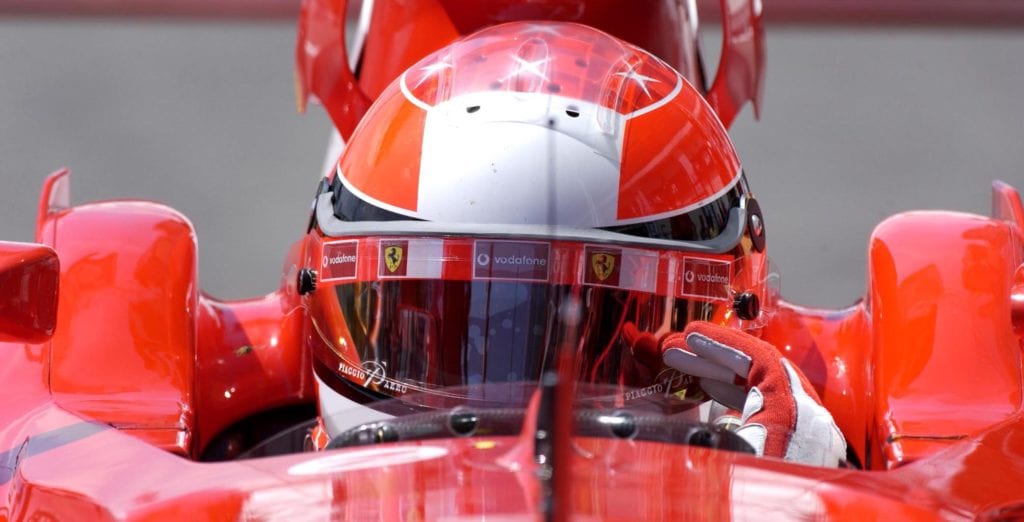