1981 Belgian Grand Prix
There was a bizarre – and very nearly tragic – incident at the start of the race when Riccardo Patrese stalled his Arrows on the grid before the start of the race. A mechanic jumped onto the circuit to try and get him restarted but the organisers initiated the start sequence anyway. Most were able to miss him but the other Arrows driver of Sigfried Stohr was unsighted and crashed into Patrese, leaving the mechanic with a broken leg. Incredibly, the race wasn’t stopped, but once the other drivers had passed the scene at the start of their second lap they decided to stop of their own accord. Sadly, that wasn’t the only incident of the weekend to involve a team member. During Friday practice, an Osella mechanic fell from the pit wall and was hit by Carlos Reutemann’s Williams, and died in hospital a few days later.

The race itself was won by Reutemann – the 12th and last one of his career – ahead of Jacques Laffite and Nigel Mansell, making his first appearance on an F1 podium for Lotus.

1987 Belgian Grand Prix
After losing out to Ayrton Senna at the start, Nigel Mansell was keen to retake the lead as soon as possible and went for a move around the outside of the Fagnes chicane. Neither driver would give in and inevitably, the two collided. Senna was out on the spot while Mansell was forced to retire from the damage later in the race.

At that point, Mansell stormed down to the Lotus pits to chat with Senna and make his feelings known. He described what happened years later:

“I went over to him, grabbed him by the overalls and pushed him up against the wall. He wore loose overalls in those days and I pulled the zip up beyond his chin to just below his nose. ‘Next time you do that,’ I said, ‘You’re going to have to do a much better job.’”

Senna’s view was that he’d done nothing wrong, brilliantly saying:

“When a man holds you round the throat, I do not think that he has come to apologise.”

Apparently a few punches were thrown, and that was that. The race itself was won by Alain Prost, who drew level with Jackie Stewart on 27 wins, leaving him needing just one more to break the all-time record. Stefan Johansson finished second and Andrea de Cesaris third for Brabham.

1992 San Marino Grand Prix
Nigel Mansell made it five straight wins at the start of the season, setting a record which has never been broken (only equalled) to this day. Teammate Riccardo Patrese finished second with Ayrton Senna third.

Birthdays
Mikko Kozarowitzky (born 1948) got his F1 chance with a RAM-entered March in 1977 when Marlboro decided it would like to see a Finnish driver in F1. Unfortunately, having never driven an F1 car before, he failed to qualify for his first race in Sweden. By the time of his next entry in the British GP he’d had some testing, but crashed the car on his first qualifying lap, writing the car off and once again failing to make the grid. 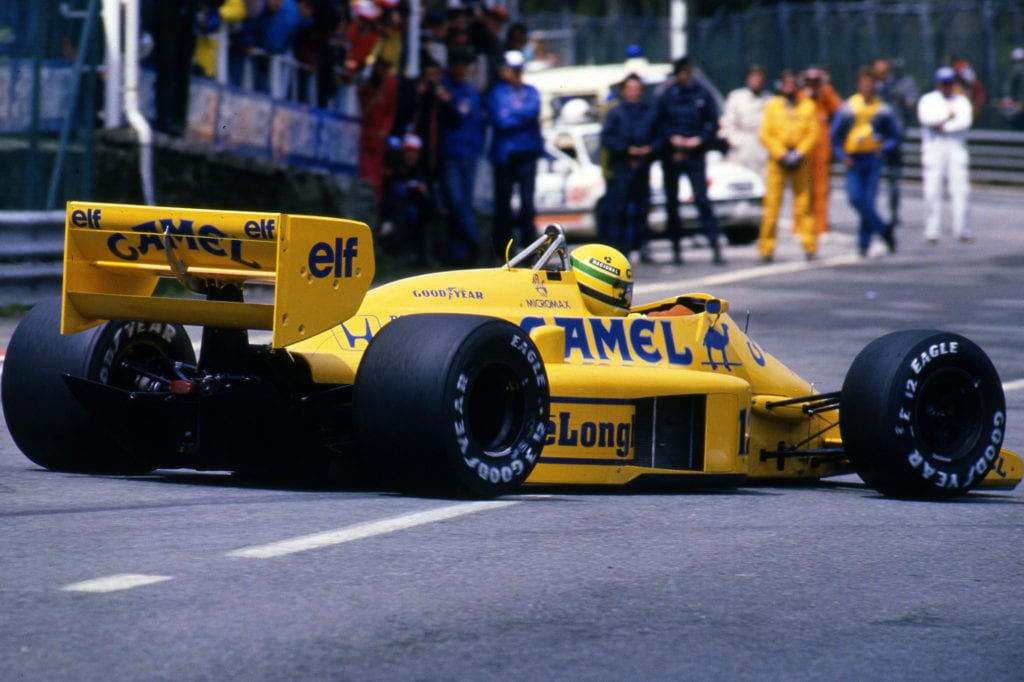