On This Day In F1 – Senna Messed Up An Overtake And Got Away With It – WTF1
Skip to content
×
Formula 1 , On This Day

1979 Austrian Grand Prix
René Arnoux took the first of what would be 18 poles in his career, but his Renault was never a serious threat for victory. Instead, Williams continued its incredible form as Alan Jones took the team’s third consecutive win after he snatched the lead on lap four from the fast-starting Gilles Villeneuve. Gilles wound up a distant second with Jacques Laffite third.

1990 Hungarian Grand Prix
A good day for Williams as Thierry Boutsen took his third and final career win from the only pole position of his career. He brilliantly held off Ayrton Senna’s McLaren (on fresh tyres to boot) in the closing stages and won by just three-tenths of a second.

Senna made some superb moves during the race but didn’t endear himself to everyone when he punted Alessandro Nannini’s Benetton out on his way through the field. It was quite a hefty whack and Senna was lucky to be able to keep going while Nannini ended up out of the race.

Alain Prost’s run of championship momentum was halted when his Ferrari broke down while Gabriele Tarquini managed to get his AGS to the end of a race for the first time in well over a year, finishing 13th. He was absolutely shattered, too, and said afterwards “I’m just not used to cars that finish!” 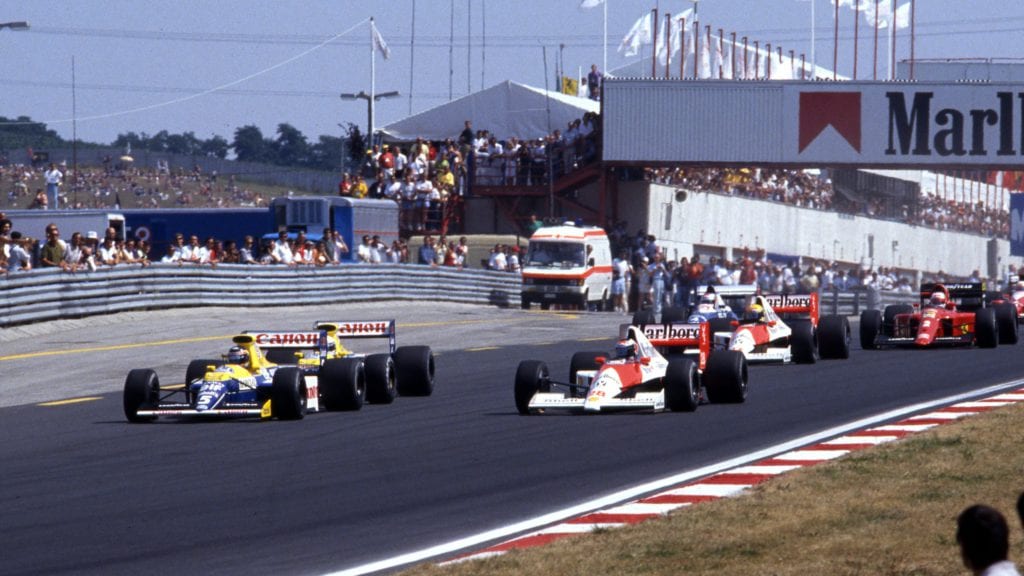