On This Day In F1 – Senna Took His First Win In Appalling Conditions – WTF1
Skip to content
×
Formula 1 , On This Day

1985 Portuguese Grand Prix
Ayrton Senna utterly dominated at Estoril to claim not just his first grand prix victory, but a grand chelem along with it. The track was so wet that multiple people spun off – Nigel Mansell and Eddie Cheever did so on their way to the grid and had to start from the pits, and Alain Prost spun out on the pit straight after simply aquaplaning on the huge amount of standing water. If anything, the rain got heavier as the race progressed. This meant that lap times were so slow that even without any safety cars or race stoppages, the race reached its two-hour time limit with three laps still left to run.

Elio de Angelis had run second for most of the distance before slipping behind Michele Alboreto and Patrick Tambay in the later stages. Alboreto finished a minute behind Senna – every other driver had been lapped by F1’s new rainmaster. Nigel Mansell went from the pit lane to fifth, while Stefan Bellof claimed the final point in sixth, having come from 21st on the grid in his naturally-aspirated Tyrrell.

2013 Bahrain Grand Prix
Sebastian Vettel took a relatively straightforward win ahead of the two Lotuses of Kimi Raikkonen and Romain Grosjean – the exact same top three as it had been the previous year. It almost wasn’t the case, though – Force India’s Paul di Resta had been running in the top three for most of the race and was running third in the closing stages, only for Grosjean to sneak his way past with a handful of laps to go, relegating the Scot to fourth.

Lewis Hamilton finished fifth, just ahead of a charging Sergio Perez, who’d thoroughly annoyed McLaren teammate Jenson Button by being a bit too aggressive during a wheel-to-wheel battle. Fernando Alonso had a difficult race thanks to a broken DRS and ended up eighth behind Mark Webber, while pole-sitter Nico Rosberg had a nightmare with managing his tyres and ended up ninth.

Birthdays
Max Chilton (born 1991) had a remarkable debut season with Marussia in 2013 when he finished every single race of the season – the only rookie ever to do so. He extended that streak to 25 consecutive finishes in 2014 (including his career-best finish of 13th in Bahrain) until the Canadian GP, when he retired on the first lap after colliding with teammate Jules Bianchi. Chilton’s F1 career came to an end three races from the end of the season when Marussia slipped into administration. 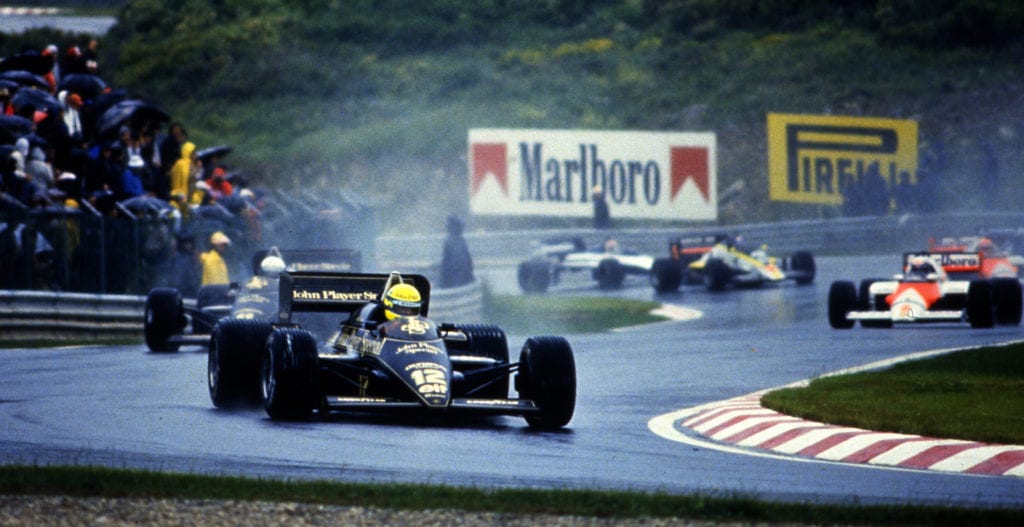