On This Day In F1 – Senna Won His First Championship – WTF1
Skip to content
×
Formula 1 , On This Day

On This Day In F1 – Senna Won His First Championship

1988 Japanese Grand Prix
Ayrton Senna could hardly have secured his first championship in a more impressive manner if he’d tried. He stalled from pole position and by the time he’d bump-started his car, he was down in 14th. By the end of the first lap he was back up to eighth, by lap 11 he was third, and by lap 20 he was second. Alain Prost was in the lead but suffering from gearbox gremlins and on lap 28, Senna shot past. From then on only reliability would stop him, but he went on to win the race and his first world title, with Prost second and Thierry Boutsen third.

The race could have had a slightly different outcome, though. Ivan Capelli in his Adrian Newey-designed March was revelling in the sweeping turns of Suzuka, the huge power deficit to the all-conquering McLarens less of a handicap. He ran second early on and even briefly passed Prost for the lead at one point, the only time all season that a naturally-aspirated car led a lap. Prost quickly used turbo power to get back ahead but Capelli stuck with him – though before he could make another challenge for the lead, he accidentally knocked the killswitch in the narrow cockpit and was out. Could he have beaten Prost? Possibly, yes, but whether he’d have stayed ahead of a fired-up Senna is another matter entirely.

2011 Indian Grand Prix
The first Indian Grand Prix saw Sebastian Vettel achieve his first career grand chelem (pole, win, fastest lap, led every lap) with Jenson Button second and Fernando Alonso third. Further back, Felipe Massa and Lewis Hamilton crashed into each other for the fifth time that season – Hamilton was attempting an optimistic move, Massa left him no space and the McLaren’s front wing was destroyed in the process.

2016 Mexican Grand Prix
There was serious controversy as Lewis Hamilton went unpunished when messed up his braking at the first corner and then cut the chicane in order to retain the lead, but that was nothing compared to what would happen in the final laps.

Max Verstappen was under serious pressure for third place from Sebastian Vettel and pulled the same corner-cutting antics as Hamilton had earlier. He didn’t give up the place and proceeded to defend heavily, allowing Daniel Ricciardo onto the back of the Ferrari. This seriously angered Vettel who screamed down the radio that Max needed penalising and then told Charlie Whiting to f**k off. Ouch.

Vettel then pulled a ludicrously aggressive defensive move on Ricciardo as Verstappen held on for the podium. However, in the cooldown room he was told he was given a five-second penalty for cutting the corner and had to embarrassingly shuffle out. That put Vettel on the podium but later on, he was given a 10-second penalty for ‘erratic’ driving, dropping him to fifth and promoting Ricciardo to the podium. Insulting the race director probably didn’t help Vettel’s cause…

Birthdays
Formula 1’s OG world champion, Giuseppe Farina (born 1906), won the 1950 championship despite a reputation as a bit of a crasher. There were more wins and podiums in the next few years but he was generally off the pace of the likes of Juan Manuel Fangio and Alberto Ascari, and he retired in 1955.

Maurice Trintignant (born 1917) had a very long F1 career by the standards of the day, starting 82 grands prix between 1950 and 1964. He was very handy om street circuits and won the Monaco GP twice, and in 1962 he even managed to beat Jim Clark in a non-championship race at Pau. Jacques Swaters (born 1926) entered seven races in the early 1950s, usually driving a Ferrari for his own Ecurie Francorchamps team. His best finish was seventh, at the 1953 German GP. 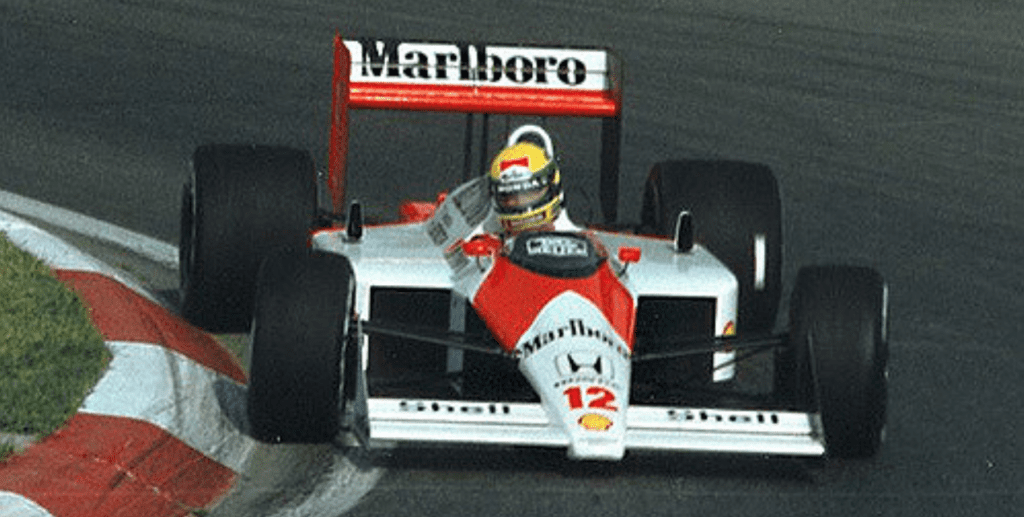