On This Day In F1 – Senna’s Former Flatmate Entered The First Corner Upside-Down – WTF1
Skip to content
×
Formula 1 , On This Day

1989 French Grand Prix
Mauricio Gugelmin had a spectacular accident at the start of the race as his March was sent barrel rolling down the track into the first corner, taking Nigel Mansell and Martin Donnelly with him. The race was restarted with all three in their spare cars; Alain Prost totally dominated from pole after Ayrton Senna’s car broke down on the first lap. Riccardo Patrese had been running second until a spin, dropping him to third and allowing Nigel Mansell up to second.

The star of the race, however, was a young Jean Alesi on his F1 debut. Driving for Tyrrell in place of Michele Alboreto, he ran as high as second at one point and eventually finished fourth, not far behind Patrese.

2017 Austrian Grand Prix
Valtteri Bottas won his second race of the season from pole, just about managing to hold of Sebastian Vettel’s Ferrari. Daniel Ricciardo finished third ahead of Lewis Hamilton, who had a muted weekend following an average quaifying session and a gearbox penalty.

Then, out of nowhere, in 2010 he ended up as a replacement driver for another backmarker team, HRT, where he drove in – you guessed it – seven races. His performances were unremarkable but he was able to at least regularly reach the finish, with a best result of 12th in the 2007 Japanese GP. 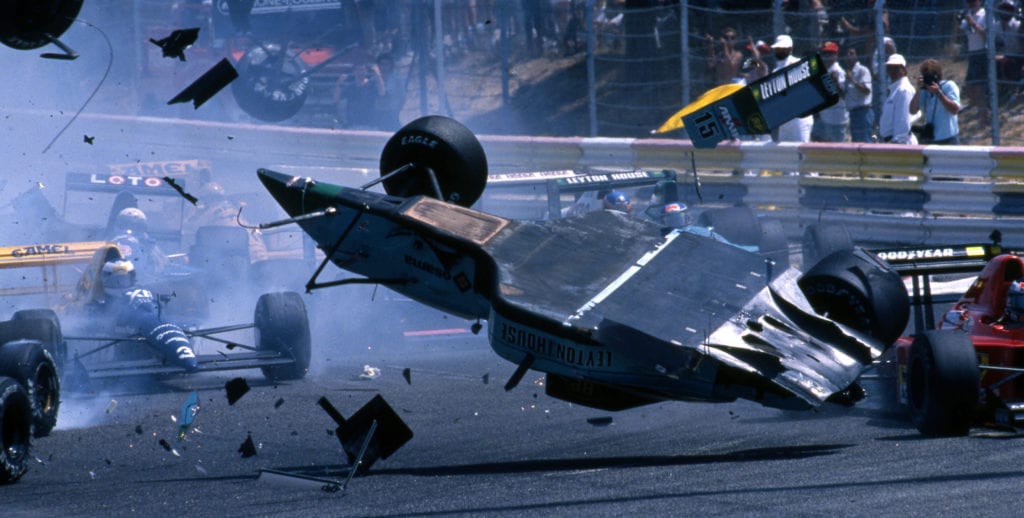