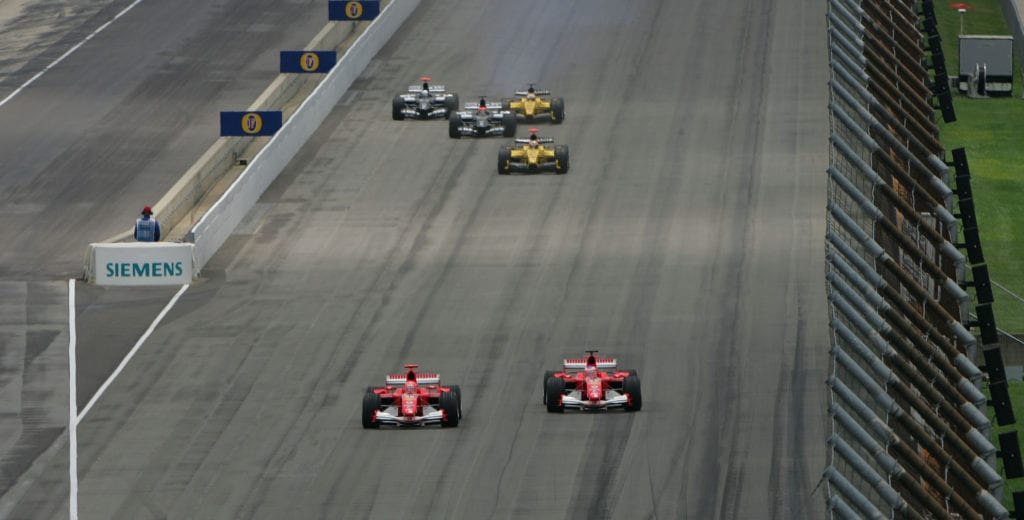 1955 Dutch Grand Prix
The Mercedes duo of Juan Manuel Fangio and Stirling Moss finished a muted one-two at Zandvoort, just one week after the team had been involved in the horrendous tragedy at Le Mans. The track surface was damp throughout and Luigi Musso made the most of it to finish third – at one point it looked like he might have caught the two Mercedes, only for a spin to halt his charge.

1960 Belgian Grand Prix
A race weekend down there with Imola 1994 as one of the most tragic in Formula 1 history. In the space of five laps during the race, two drivers – Alan Stacey and Chris Bristow – were killed in accidents during the race. Earlier in the weekend, two other drivers had suffered nasty injuries. Stirling Moss broke both his legs in a crash, putting him out of racing for much of the year, while Mike Taylor’s career was ended altogether following his own accident.

The race itself was won by Jack Brabham ahead of Bruce McLaren. Graham Hill should have finished third, but his engine failed at the start of the last lap and he pulled into the pits. Because he didn’t technically cross the line, the organisers decided he was a non-finisher and third place in the Belgian GP was given to Belgian driver Olivier Gendebien. Funny, that…

1977 Swedish Grand Prix
The very French combination of Jacques Laffite in a Matra-powered Ligier took the first win for both driver and team. It was a slightly fortunate win, though, as Mario Andretti had dominated until he had to make a late stop for fuel – a classic Lotus misstep as the team tried to skimp on as much weight as possible. He ended up sixth as Jochen Mass and Carlos Reutemann completed the podium.

1988 Detroit Grand Prix
Another classic case of McLaren’s 1988 dominance and, since it was a street circuit, it was Ayrton Senna who beat Alain Prost, who wasn’t a fan of the track. Thierry Boutsen finished third for Benetton, a lap down, while Andrea de Cesaris somehow coaxed his Rial up to fourth. The circuit had started to break up during the race, contributing to this being the last F1 race in Detroit.

2005 United States Grand Prix
A weekend where Michelin had problems with its tyres resulted in absolute farce when the seven teams running the French rubber pulled out of the race on the formation lap. Indianapolis’s banked final corner was causing Michelin’s tyres to fail, making it a real risk for them to compete in the race. A number of solutions were suggested, from installing a temporary tyre chicane to mandatory pit stops for the Michelin runners – even if it meant it became a non-championship race.

However, the teams and the FIA couldn’t agree on a resolution and so, at the end of the formation lap, all 14 Michelin-shod cars pulled into the pit lane and withdrew, leaving a six-car ‘race’ between the Ferraris, Jordans, and Minardis. It was a hugely unpopular decision and the fans trackside booed and even threw things onto the circuit. Minardi boss Paul Stoddart even made a sweary appearance on TV to say what he thought of the whole situation.

The ‘race’ was rather uninteresting, apart from a tense moment where Michael Schumacher and Rubens Barrichello almost collided following a pit stop. Schumacher won and both were understandably subdued on the podium, but Tiago Monteiro – who’d finished third for Jordan – just embraced the fact he unexpectedly got to stand on an F1 podium and went all-out with the celebrations. At least someone enjoyed themselves…

2016 European Grand Prix
The first grand prix to take place on the streets of Baku was, by all accounts, a bit of a snoozefest. Nico Rosberg won at a canter after Lewis Hamilton had crashed in qualifying and then been unable to work out how to solve a minor car issue during the race, eventually ending up fifth. Sebastian Vettel finished second but the star had to be Sergio Perez. He’d put his Force India on the front row in qualifying, only to lose five spots due to a gearbox change, but continued to show speed in the race and made his way up to finish third. 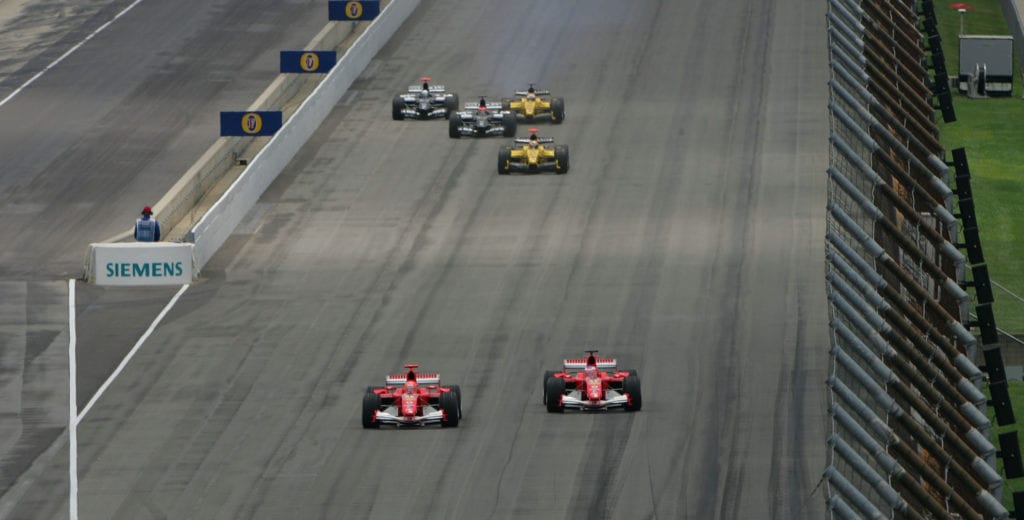