On This Day In F1 – Team Orders At Williams Gave Massa Some Flashbacks – WTF1
Skip to content
×
Formula 1 , On This Day

1974 South African Grand Prix
A day of firsts and lasts at Kyalami as Carlos Reutemann won his first grand prix in what was also the first win for the Brabham team in over four years. Niki Lauda had been running a comfortable second when his Ferrari broke down with three laps to go, promoting the BRM of Jean-Pierre Beltoise to second in what would be the final podium position for the 1962 constructors’ champions. Mike Hailwood was third for McLaren – also the last podium of his career. Hans-Joachim Stuck finished fifth to score his first career points.

1980 United States Grand Prix West
Future three-time champion Nelson Piquet took the first of his 23 grand prix victories, staying ahead of the numerous accidents that happened behind him. Riccardo Patrese was second for Arrows while Emerson Fittipaldi (who started 24th!) finished third – the final podium for both him and the Fittipaldi team. One of the many drivers to crash out was Clay Regazzoni, when the brakes on his Ensign failed. Regazzoni hit a stationary car and then slammed into a wall at massive speed – he survived, but his injuries left him paralyzed from the waist down, ending the career of the five-time race winner.

1997 Brazilian Grand Prix
Pole-sitter Jacques Villeneuve went off at the first corner and dropped down the order but, thanks to an incident further down the field, the race was red-flagged and restarted, giving Villeneuve a bit of a lifeline. When the race was restarted Villeneuve headed off to a comfortable win, with Gerhard Berger second and Olivier Panis third.

2014 Malaysian Grand Prix
Lewis Hamilton dominated the event to take the first grand chelem of his career with Nico Rosberg finishing second and Sebastian Vettel third. Williams caused fans to collectively sulk in air through their teeth when they told Felipe Massa that “Valtteri is faster than you” in an attempt to issue to some team orders. Unlike his Ferrari years, though, Massa decided to ignore the repeated order to let Bottas past and stayed ahead of him until the end as they finished seventh and eighth.

Mike Thackwell (born 1961) became the youngest driver to start a race when he drove for Tyrrell in the 1980 Canadian GP – although after the race was red-flagged he was forced to surrender his car to teammate Jean-Pierre Jarier, so technically he never really started at all. That was his second attempt at a race, having failed to qualify an Arrows earlier in the season, and he’d fail to qualify for Tyrrell in the final race of the season at Watkins Glen. In 1984 he returned with RAM, where he retired from the Canadian GP in his second and final start. 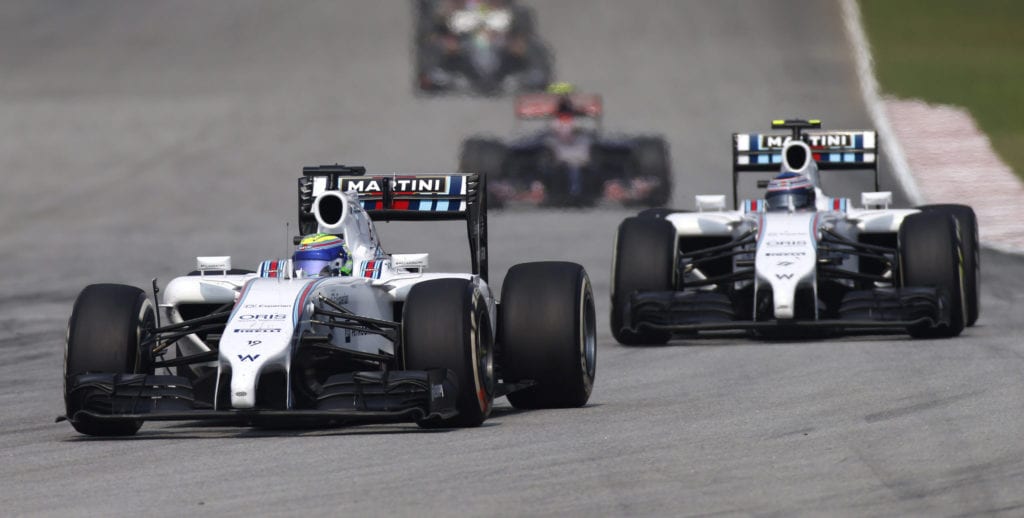