1977 Canadian Grand Prix
The final F1 race at Mosport was a rather unusual one. Mario Andretti led the first three-quarters with James Hunt in hot pursuit. Hunt took the lead, only to collide while lapping teammate Jochen Mass shortly afterwards. Of course, he was furious, so he stood at the side of the track and gesticulated at Mass, then punched a marshal who was trying to get him to walk away.

Andretti continued to lead until three laps from the end when his engine blew, handing Jody Scheckter his third win of the season, and last one of the Wolf team. A number of cars spun out of the race on Andretti’s oil, including Gilles Villeneuve in his first race for Ferrari. Patrick Depailler finished second with Mass third.

2005 Japanese Grand Prix
Rain during one-lap qualifying left a seriously jumbled grid, with most of the fast guys starting somewhere near the back. Kimi Raikkonen and Fernando Alonso starting scything their way through the field, Alonso pulling off an eye-watering overtake on Michael Schumacher around the outside of 130R. “At times like that, I always remember that Michael has two kids”, Fernando said at the time.

However, the Spaniard’s charge was halted thanks to a misunderstanding with Christian Klien’s Red Bull, leaving Kimi Raikkonen to pull off one of the most unlikely and brilliant victories of all-time. Having started 17th, by the final laps he was in second and rapidly closing down on leader Giancarlo Fisichella. For some reason Fisi started defending when he had no need to – and Kimi didn’t need asking twice. At the start of the last lap, he swept around the outside of the Renault at the first corner and went on to take a win so brilliant it even made Ron Dennis cry. A dejected Fisichella was second, while Alonso recovered to third.

2011 Japanese Grand Prix
Jenson Button took a beautifully judged win as he and McLaren out-strategised Sebastian Vettel and Red Bull. Fernando Alonso also had a good race, jumping Vettel to finish second – not that Seb would have cared. Third place was more than enough for him to win his second world championship with four races still to go in the season.

2016 Japanese Grand Prix
Lewis Hamilton completely fluffed his start, dropping from second on the grid to eighth on the first lap. He recovered to finish third behind Max Verstappen, while Nico Rosberg won serenely from pole, a result that meant he’d only have to finish second in the remaining four races to win the title. Surprisingly, this also turned out to be his 23rd and final victory.

News
Jacques Villeneuve was never one for hiding his feelings. When it was announced ahead of the 2003 Japanese GP that Takuma Sato would replace him at BAR for the following season, Villeneuve simply quit the team with immediate effect, meaning Sato got his seat at the team a little earlier than expected.

Villeneuve’s move to BAR in 1999 had been a disaster – although his performances in the first few years been brilliant, a fall-out with the team management led to a drop-off in form, not helped by an antagonistic relationship with teammate Jenson Button.

Birthdays
David Prophet (born 1937) drove in the South African GP in 1963 and 1965, with a best finish of 14th. Julian Bailey (born 1961) spent one-and-a-bit seasons in the sport, firstly with Tyrrell in 1988. However, results were poor as he failed to qualify on 10 occasions and scored no points while teammate Jonathan Palmer managed five.

In 1991 he was back, this time with Lotus. He scored a point at the San Marino GP but, after failing to qualify for the next race in Monaco (his third DNQ in four races), the team replaced him with Johnny Herbert. 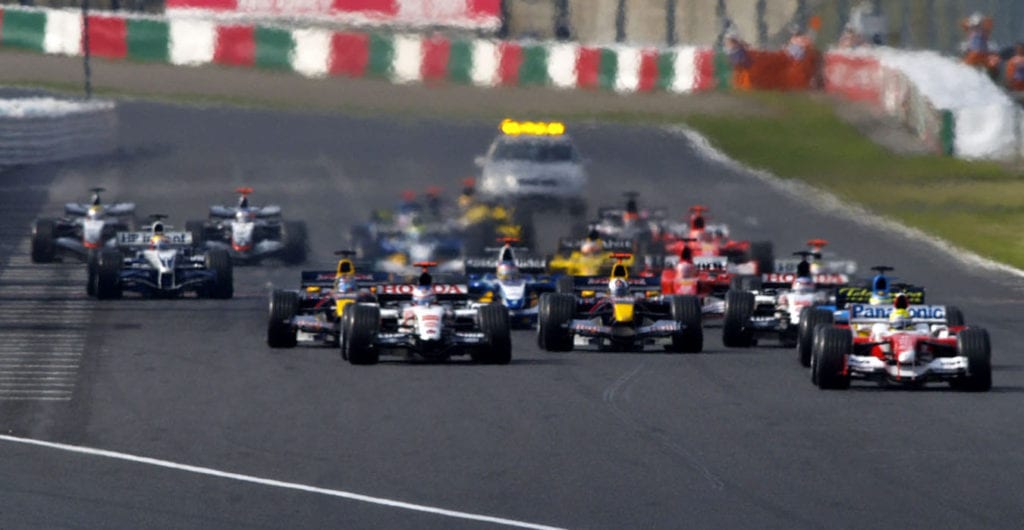