On This Day In F1 – The Chinese GP Played Host To One Of The Most Exciting Races Ever – WTF1
Skip to content
×
Formula 1 , On This Day

1983 French Grand Prix
Alain Prost dominated his home race for Renault as Nelson Piquet ended up almost half a minute behind in second. Eddie Cheever made it two Renaults on the podium with third, while fourth-place Patrick Tambay was the only other driver to finish on the lead lap.

1994 Pacific Grand Prix
In the mid-1990s, Japan briefly had a second grand prix when F1 went to the Okayama circuit under the guise of the Pacific GP. Ayrton Senna started from pole but was wiped out at the first corner, where he stood for the early stages of the race to watch the other cars for a bit and became convinced that Michael Schumacher’s Benetton was illegally using traction control. Schumacher went on to win from Gerhard Berger, with Rubens Barrichello taking the first podium of his career for Jordan.

2011 Chinese Grand Prix
An underrated classic which should surely be involved in any discussion of the best races of all-time, the race gave an early inkling into just how manic the early Pirelli-era was going to be. Jenson Button led the opening laps, only for Nico Rosberg to jump from fourth to first at the first round of stops thanks to how crucial the undercut proved to be. It soon emerged that the front-runners were on a mixture of two- and three-stop strategies with nobody quite sure which one was going to work out best.

Lewis Hamilton was one of the three-stoppers which meant he’d have to do some overtaking if he wanted to beat the two-stopping Jenson Button and Sebastian Vettel – and he did just that, pulling off moves on Button, Rosberg, Felipe Massa and finally – with four laps to go – Vettel to take the victory. Mark Webber also put in a sensational drive after issues in qualifying left him 18th on the grid, yet managed to climb up to third – just seven seconds behind the winner – in a race with no safety cars. In fact, just 15 seconds covered the top six drivers and at some stages, it looked like any one of those six could have won it.

2016 Chinese Grand Prix
Nico Rosberg crushingly won by 37 seconds from Sebastian Vettel as Lewis Hamilton could only finish seventh after qualifying issues had relegated him to the back of the grid. There was a spot of drama in the early stages as Daniil Kvyat muscled his way down the inside of Vettel, indirectly causing him to collide with teammate Kimi Raikkonen. Though Vettel recovered to second and Kvyat ended up third, after the race Sebastian created a meme when he accused Kvyat of ‘coming in like a torpedo’. Kvyat stood his ground and just said “that’s racing” and when Vettel added that if he’d have kept going on the same line they would have crashed, Kvyat brilliantly responded, “don’t keep going, then”. Though on this occasion the Russian had nothing to apologise for, it’d be a different story in the next race…

Birthdays
Brian Gubby (born 1934) entered a Lotus in the 1965 British GP but during a practice session almost suffered a massive high-speed accident when his gearbox developed an issue. He retired from motorsport right after the session and went on to become a racehorse trainer.

For a long time Riccardo Patrese (born 1954) was the holder of the record of F1’s most experienced driver as he made 256 starts between 1977 and 1993. After a number of impressive results for Arrows he joined Brabham for 1982 and 1983, where he picked up a couple of wins. However, for much of the 1980s he found himself in slightly uncompetitive cars and it wasn’t until 1990 that he reached the top step again, and as a result he holds the record in terms of time for the longest gap between consecutive wins. In 1992 he finished runner-up to teammate Nigel Mansell at Williams as team orders and a physical struggle to make the most of the phenomenal cornering speeds of the Williams FW14B left him at a disadvantage compared to the burly Mansell.

Romain Grosjean (born 1986) got his F1 chance with Renault in 2009 when he replaced Nelson Piquet Jr. However, his performances weren’t great and he was dropped at the end of the season, at which point he almost quit racing altogether in order to become a chef. Eventually he reset himself and after a GP2 title and a number of other impressive showings was signed by Lotus for 2012. Though his first season earned him the nickname ‘first lap nutcase’ after a number of sizeable accidents (most notably the 2012 Belgian GP), it was obvious that was incredibly fast. By the end of 2013 he’d gained the upper hand over teammate Kimi Raikkonen and was seemingly the only driver capable of giving Sebastian Vettel a hard time.

The team’s performance slipped over the next couple of years and he went on to join the new Haas team for 2016, where he’s continued to combine blinding speed with the tendency for the odd unusual incident. 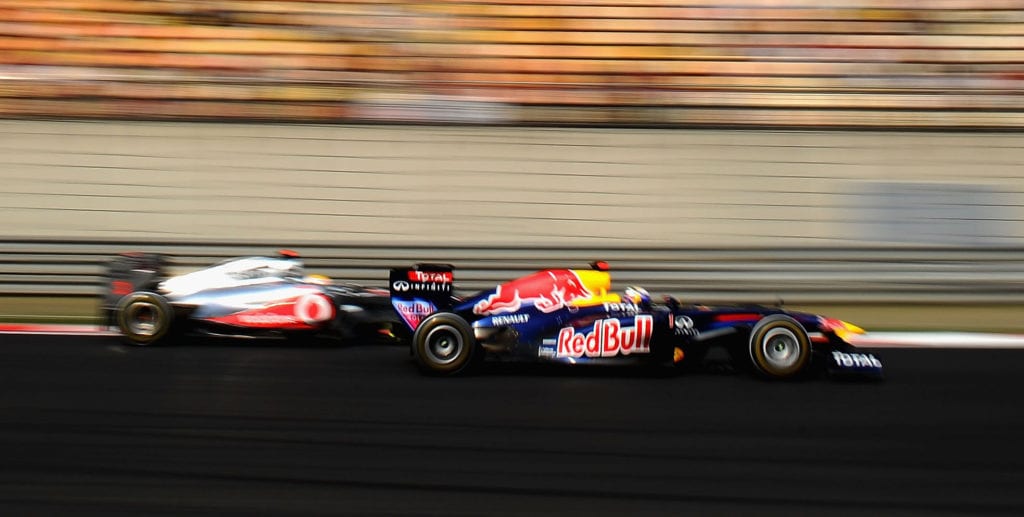