On This Day In F1 – The First Ever Formula 1 Champion Is Crowned – WTF1
Skip to content
×
Formula 1 , On This Day

Heading into the race Fangio was in the best position, two points ahead of Fagioli and four ahead of Farina, and was looking set to become the inaugural champion when his gearbox failed 23 laps into the 80-lap race.

Fagioli (who hadn’t won a race all season) could only muster third, whilst Farina stormed to victory and became champion. Amazingly, he’s also the only driver to have won the title in their debut season. Funny, that…

2017 Italian Grand Prix
It was a walk in the park for Mercedes as Lewis Hamilton beat Valtteri Bottas with ease as Sebastian Vettel finished a distant third. The result put Hamilton into a championship lead he was never to lose.

Daniel Ricciardo flew through from 16th to fourth, and whilst Lance Stroll couldn’t quite make the most of an unexpected front row start, he did hang on to finish seventh. 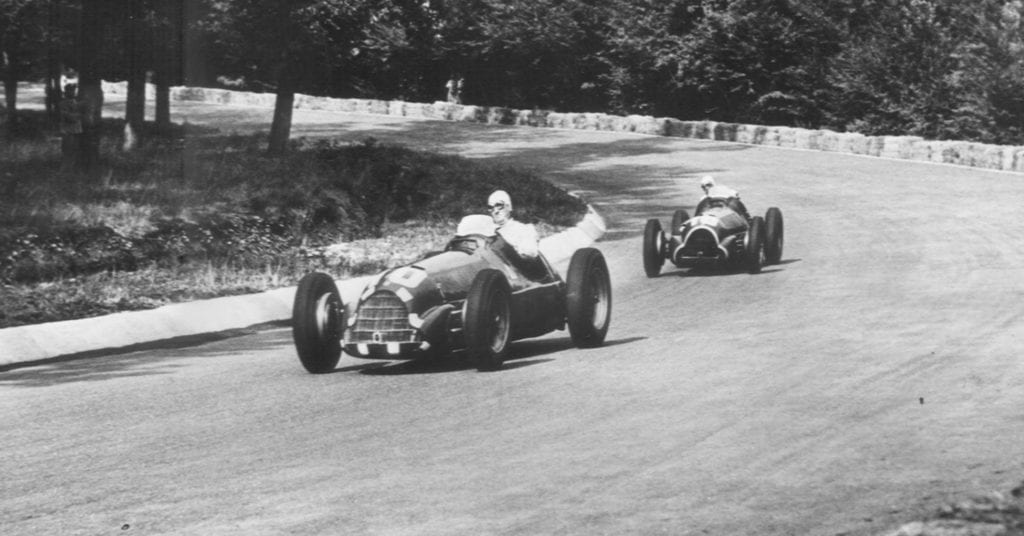