On This Day In F1 – The Italian Grand Prix Wasn’t Held At Monza – WTF1
Skip to content
×
Formula 1 , On This Day

1980 Italian Grand Prix
For the only time in F1 history, Monza was left off of the calendar. Why? Well, the circuit was a little bit long in the tooth and needed a few updates, so for 1980 it took a year off, with Imola replacing it as the Italian GP.

Nelson Piquet comfortably beat Alan Jones to take the lead in the championship, whilst Gilles Villeneuve walked away from an enormous crash caused by a tyre failure.

As a venue, Imola actually turned out to be so popular with drivers and teams that it found a permanent home on the calendar (known as the San Marino Grand Prix) from 1981 until 2006.

2003 Italian Grand Prix
Michael Schumacher saw off Juan Pablo Montoya in the fastest grand prix ever completed. Schumacher’s average speed was 153.8mph (247.6kmh) and at just an hour and 14 minutes long, it was also the shortest complete race in history. Marc Gené impressed during the race – subbing last minute for the injured Ralf Schumacher at Williams, he qualified and finished fifth – the best result of his career.

2008 Italian Grand Prix
A young chap by the name of Sebastian Vettel marked himself for greatness when he dominated a soaking wet weekend at Monza – in a Toro Rosso. Heikki Kovalainen finished second on a day where title contenders Felipe Massa and Lewis Hamilton had a bad day, finished sixth and seventh.

News
During what was proving to be a difficult season, double world champion Mika Hakkinen announced that he was taking a sabbatical from F1 on this day in 2001. We’re still waiting for him to return…

Birthdays
Georges Berger (born 1918, no relation to Gerhard) entered a Gordini into two races – the 1953 Belgian GP and 1954 French GP – but didn’t finish either. Masami Kuwashima (born 1950) was due to enter the 1976 Japanese GP driving a Wolf-Williams. However, after driving in the first practice session his sponsorship fell through and Frank Williams replaced him with Hans Binder. That was Kuwashima’s only F1 ‘appearance’, making his ‘career’ one of the shortest and most unusual in F1. 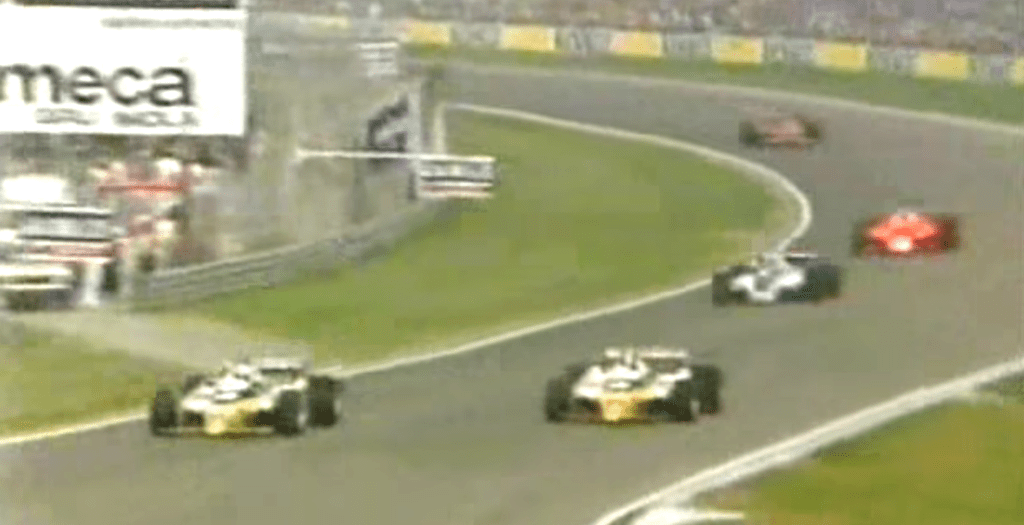