On This Day In F1 – The Master Of Incredible Comebacks Was Born – WTF1
Skip to content
×
Formula 1 , On This Day

Birthdays
George Constantine (born 1918) made a single grand prix start at the first US GP in 1959 but only made it five laps into the race before the car started overheating and he had to retire. Jesus Iglesias (born 1922) raced a Gordini in the scorching hot 1955 Argentine GP. In a race where many drivers had to take a break and swap drivers due to the soaring temperatures, Iglesias did well to make it through 38 laps of the race without handing his car over to someone else, though gearbox trouble ended his day.

Completing the trio of one-race wonders is Tim Mayer (born 1938), the brother of Teddy Meyer – one of the founders of the McLaren team. Tim started the 1962 US GP in an impressive 12th position but retired early on when his Cooper broke down. Two years later he died in an accident during the Tasman series – it was after Tim’s death that Bruce McLaren uttered his now-famous quote, “Life is measured in achievement, not in years alone.”

One of the all-time great F1 drivers, Niki Lauda (born 1949) didn’t achieve his success the easy way. He bought his way into F1 in 1971 by virtual of a bank loan and over the next couple of year impressed enough with March and then BRM to attract the attention of Ferrari for the 1974 season. The following year he took the title and was looking set to do the same in 1976 when a horrific fiery crash at the Nurburgring left his body burned and Lauda fighting for survival in hospital.

And yet, despite his injuries and the fact he nearly died, just six weeks later he was back in F1 and finishing fourth at the Italian GP. He was still too injured to prevent James Hunt from winning the title but in 1977 Lauda sauntered to a second title and then instantly quit Ferrari. After two largely fruitless seasons with Brabham he quit the sport for good – this time in the middle of a practice session.

However, in 1982 Ron Dennis had convinced Lauda to make a return and drive for McLaren. Three races into the season he was already back on the top step of the podium, and in 1984 he used intelligence and experience to beat his much faster teammate Alain Prost to win his third title – by just half a point.

At the end of 1985 he retired from racing for good, though since returned to the paddock, first as a team boss at Jaguar and more recently as the non-executive chairman of Mercedes until his death in 2019. He’s the standard to which all driver comebacks are measured and to be honest, one which will probably never be beaten. 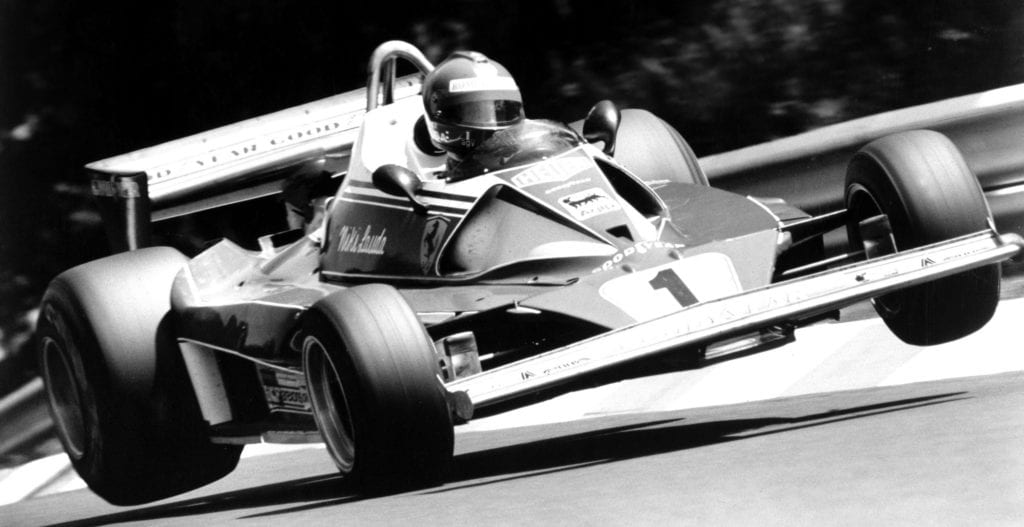