On This Day In F1 – The Most Important Driver Of All Time Was Born – WTF1
Skip to content
×
Formula 1 , On This Day

1997 Australian Grand Prix
A couple of very long streaks were ended as David Coulthard won for McLaren. It was the team’s first victory since 1993 and the first win for a Mercedes-powered car since the 1950s. Michael Schumacher finished second and Mika Hakkinen third, while title favourite Jacques Villeneuve (who’d taken pole by a massive 1.7 seconds) was bundled out at the first corner by Eddie Irvine. Olivier Panis gave the Prost team two points on debut by finishing sixth, while Nicola Larini scored the last point of his career in sixth.

2003 Australian Grand Prix
9 March is clearly a good day for Coulthard as six years later, he took the first win of the 2003 season, too – though it also turned out to be his the last of his 13 victories. It was a race that could have been won by any number of drivers – Kimi Raikkonen led before getting penalised for pit lane speed and Michael Schumacher led until losing taking damage in a battle with Raikkonen. Juan Pablo Montoya should probably have won but spun out of the lead with 10 laps to go, eventually finishing second with Raikkonen third. Schumacher finished fourth, making this the first race since 1999 without a Ferrari driver on the podium.

Birthdays
Brian Redman (born 1937) is mainly known for his sportscar exploits but also started 12 grands prix between 1968 and 1974. He was reasonably handy, too, scoring a few points finishes and even a third place in the 1968 Spanish GP.

Danny Sullivan (born 1950) raced for Tyrrell in 1983 but only scored points once with a fifth place at Monaco. Afterwards he went onto have a long and successful IndyCar career, famously winning the Indy 500 in 1985 with what became known as ‘spin and win’.

Teo Fabi (born 1955) raced in the mid-1980s for teams such as Toleman, Brabham, and Benetton. His best results were a couple of third places but he’s perhaps best known for a quirky stat – despite taking three pole positions during his career, he never so much as led a lap. The closest he came was in the 1986 Austrian GP when he took the lead from teammate Gerhard Berger, only for his engine to fail a few corners later.

If you take a dash of confidence and a sprinkling of speed and wrap them up in a bundle of lunacy, the result is Pastor Maldonado (born 1985). You don’t beat Fernando Alonso for a win in a straight fight without being incredibly talented, but unfortunately for Pastor, he too often found himself letting his emotions get the better of him and by the time he joined Lotus, it seemed his speed had deserted him too. Always unpredictable and never boring, we still miss him a bit, but he seems to have found a solid home for himself in sportscar racing.

Today also marks the third anniversary of WTF1’s relaunch – yup, by complete coincidence, it was on Maldonado’s birthday! We wouldn’t be where we are without our fans, so a huge thank you for all of your support – hopefully we can keep providing you with content you all enjoy! 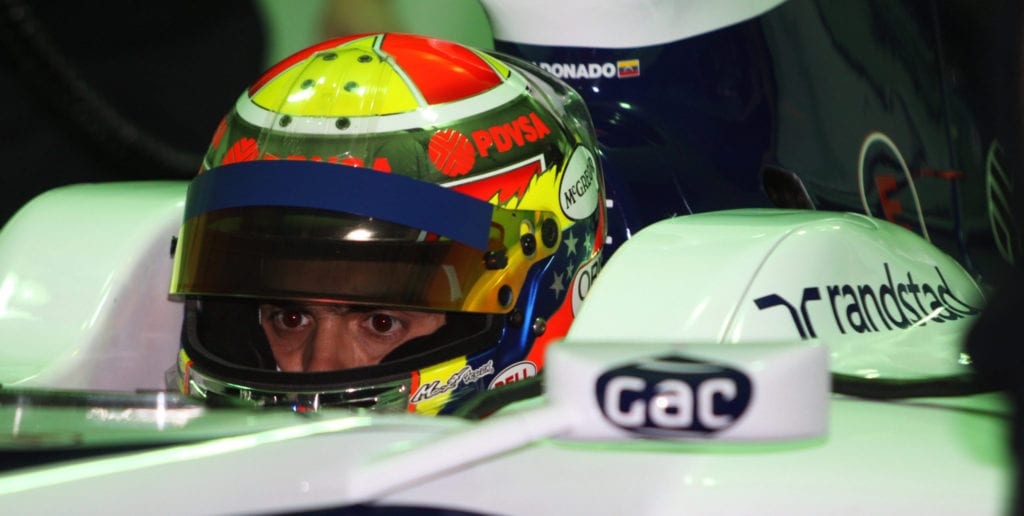