On This Day In F1 – The Red Bull Drivers Collided While Fighting For The Lead – WTF1
Skip to content
×
Formula 1 , On This Day

1965 Monaco Grand Prix
Graham Hill won his third Monaco Grand Prix in a row following a close battle with a number of drivers including Lorenzo Bandini, John Surtees and Jack Brabham. Brabham dropped out of the fight with engine failure while Surtees ran out of fuel on the last lap, leaving Bandini to finish second ahead of Jackie Stewart, who scored his first career podium in just his second race. Little known driver Paul Hawkins went down in F1 folklore when he joined Alberto Ascari in becoming the second (and so far final) driver to have ended up in the harbour after a crash (he was absolutely fine).

1976 Monaco Grand Prix
Niki Lauda utterly dominated the event to finish ahead of the two six-wheeled Tyrrells of Jody Scheckter and Patrick Depailler, proving that having six wheels was far from just a gimmick. Unusually, the yellow flags were out at the first corner on the first lap to try and prevent a collision but it didn’t work – Carlos Reutemann hit Alan Jones and both went out.

1999 Spanish Grand Prix
Both McLaren’s finally made it to the end of the race with Mika Hakkinen winning from David Coulthard and Michael Schumacher third. The title of unluckiest driver had to go to Jacques Villeneuve. He ran third in his BAR in the early stages after making a monster start and was potentially in the fight for a podium when his rear wing broke. He pitted for repairs, only for his gearbox to fail when he pulled away.

2004 European Grand Prix
As Michael Schumacher won easily (the standard for 2004), Takuma Sato was providing all the excitement. He’d qualified second on the grid and, despite a bad start, fought back throughout the race to be in contention for a podium. He was running third but, in true Sato style, went for a massive lunge on Rubens Barrichello into the first corner. He got past but damaged his front wing in the process and had to pit for repairs. A couple of laps later, his engine blew. His BAR teammate Jenson Button ended up third.

2010 Turkish Grand Prix
An epic four-way fight at the front between the two Red Bull and the two McLaren drivers ended in huge controversy. With 19 laps to go all four drivers were running nose to tail and second-placed Sebastian Vettel went for a move on Mark Webber for the lead. He got past, but moved across on Webber a touch too early. Contact was made, Vettel spun out, and Webber had to pit for a new front wing, ending up a distant third. This left Lewis Hamilton and Jenson Button up at the front and, after a brief battle, Hamilton ended up taking the top spot.

Although many observers felt that the collision between the two Red Bulls was Vettel’s fault, there was controversy after the race when the team claimed it was a racing incident, with Christian Horner even saying Webber could have left more room. Even though team orders weren’t being employed on the track, many saw this as a sign that Red Bull was favouring Vettel – accusations that would only grow stronger as the season progressed.

News
Between 1950 and 1960, the Indianapolis 500 was part of the F1 World Championship – despite it having absolutely nothing to do with F1 – and 10 of the 11 championship races were held on this day (the 1954 race took place on the 31st). Bill Vukovich was the only driver to win two Indy 500s in this time, while Troy Ruttman won the 1952 race at 22 years and 80 days old. This not only makes him the youngest Indy 500 winner of all-time, but technically made him the youngest F1 winner until Fernando Alonso won the 2003 Hungarian GP. However, because the Indy 500 had nothing to do with with Formula 1 or FIA rules other than having world championship status, many choose to omit Ruttman’s (and all other) records from the Indy 500 races of the time when looking at F1 stats.

Birthdays
Dieter Quester (born 1939) started a single grand prix in Austria in 1974, where he was the only one of four Surtees drivers to qualify for the race. Although he finished a solid ninth it would be Quester’s only race as he went on to have success in sportscars and tin-tops.

Andrea Montermini (born 1964) made his debut at the 1994 Spanish GP with Simtek, but badly injured his feet in a qualifying crash and had to miss the rest of the season. He returned with Pacific in 1995, scoring a best finish of eighth at the German GP, and then moved to Forti the following year – when the team folded midway through the season, his F1 career ended with it.

Gianmaria Bruni (born 1981) was a reasonably promising young driver who got his break with Minardi in 2004. Although he occasionally showed good speed, his career was harmed by a combination of sponsorship struggles and struggling to beat out-and-out pay driver Zsolt Baumgartner as much as he really should have done. He went back to junior series after that season before turning to GT racing, where he’s become a multiple Le Mans class winner and WEC GTE-Pro champion. 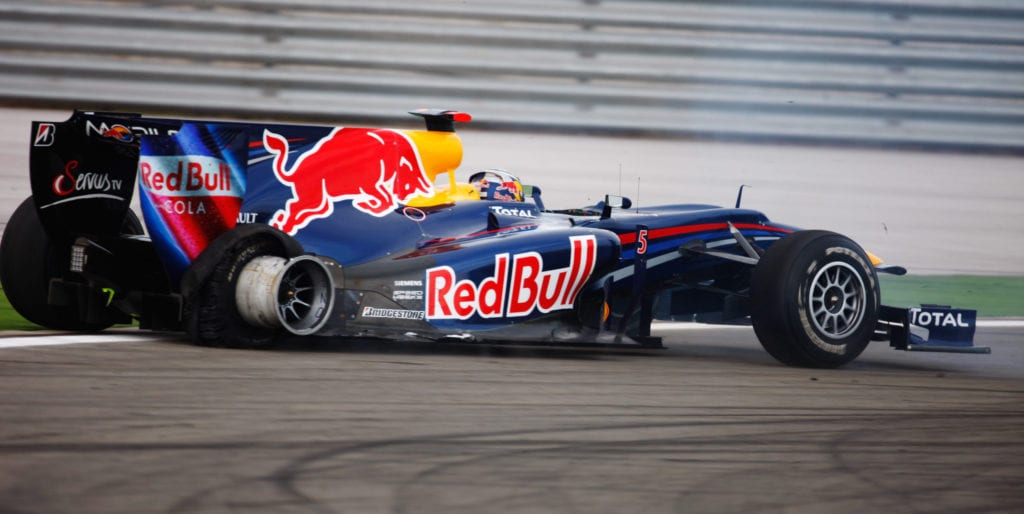