On This Day In F1 – The Schumacher Brothers Finished One-Two For The Final Time – WTF1
Skip to content
×
Formula 1 , On This Day

2004 Japanese Grand Prix
A typhoon on Saturday meant that both qualifying and the race were held on the same day. It was a Schumacher benefit – Michael qualified on pole and won, Ralf qualified second and finished second; it was the fifth and final time the brothers finished first and second.

Takuma Sato missed out on a home podium after losing third to teammate Jenson Button in the final stops, while Mark Webber had an unusual retirement. He’d done his usual thing of putting a Jaguar stupidly high up the grid in qualifying (third!) but in the race, his searing pace also seared his arse – the cockpit got so hot he couldn’t take the heat anymore and had to retire.

2010 Japanese Grand Prix
Sebastian Vettel won in a close fight with teammate Mark Webber; the race had an amusing conclusion as the two battled to take the fastest lap of the race, Webber eventually pinching it on the final lap. Fernando Alonso finished third ahead of the McLarens of Jenson Button and Lewis Hamilton, meaning the five drivers were separated by just 31 points in the championship with three races remaining.

Further down the field, Kamui Kobayashi provided some real entertainment with a series of outstanding lunges into the hairpin as he shot from 14th to seventh. Inside, outside, it didn’t matter – no-one could resist Kobayashi’s advances. Especially Jaime Alguersuari, who was passed by him there twice.

Coincidentally, qualifying was delayed until Saturday because of weather conditions this year, too. 9 October is clearly a bad day to try and qualify at Suzuka…

Birthdays
Eugenio Castellotti (born 1931) was very much considered as a bright prospect for Italian motorsport, something he proved in 1955 when he finished third in the championship in what was his first F1 season. Unfortunately, his career would only last for 14 races as he was tragically killed in a testing accident early in 1957.

Sigfried Stohr (born 1952) joined Arrows in 1981 but struggled to get up to speed with F1 machinery. In Austria, he was involved in a startline accident which left a mechanic with badly broken legs. It knocked his confidence and in a year where he scored no points and failed to qualify four times, he was replaced by Jacques Villeneuve for the final two races of the season. Stohr retired from racing the following year. 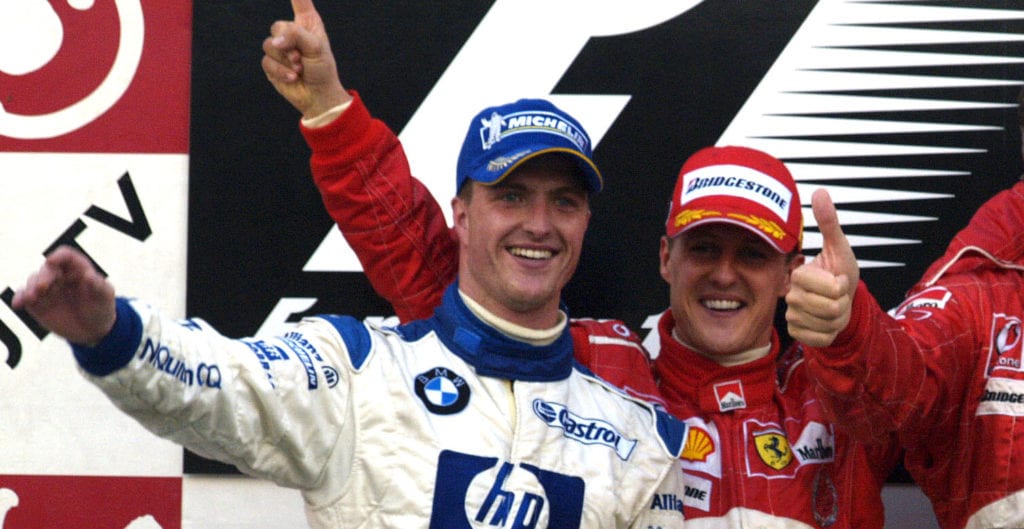