1968 Mexican Grand Prix
A three-way battle for the championship between Graham Hill, Jackie Stewart and Denny Hulme saw Hill come out on top to win his second title after Stewart dropped back with a misfire and Hulme had a suspension failure. Hill won the race from Bruce McLaren and Jackie Oliver, who scored his first F1 podium.

1985 Australian Grand Prix
The first Australian GP was the last for Niki Lauda. After a slightly miserable season things were going well, and he managed to take the lead after climbing from 16th on the grid – however, he was put out two laps later with a brake failure. Keke Rosberg claimed what would be his final win, surviving a mid-race collision with an overly-aggressive Ayrton Senna.

The two Ligiers of Jacques Laffite and Philippe Streiff completed the podium – but only just. With two laps to go Streiff attempted to pass his teammate, only to crash into him and damage his car. Laffite stayed ahead, while Streiff limped across the line with three wheels for what would be the only podium of his career.

1991 Australian Grand Prix
The shortest race of all-time lasted just 14 laps – or 24 minutes – because the weather was unbelievably wet. In fact, drivers were against the race happening in the first place, with even winner Senna saying that the 14 laps that happened “wasn’t a race”. After multiple accidents, the red flag finally came out when Nigel Mansell crashed on the straight – though he was still awarded second with Gerhard Berger third.

2013 Abu Dhabi Grand Prix
Mark Webber had managed to grab what would be the final pole position of his career but it was Sebastian Vettel who marched on to yet another victory, finishing half a minute ahead of Webber with Nico Rosberg third.

Birthdays
Helmuth Koinigg (born 1948) had barely begun his F1 career when he was tragically killed in an accident at the 1974 US GP, a result of poorly-fitted Armco barriers. It was just his second F1 start – in the previous race in Canada he’d impressed by moving from 22nd to 10th by the finish. 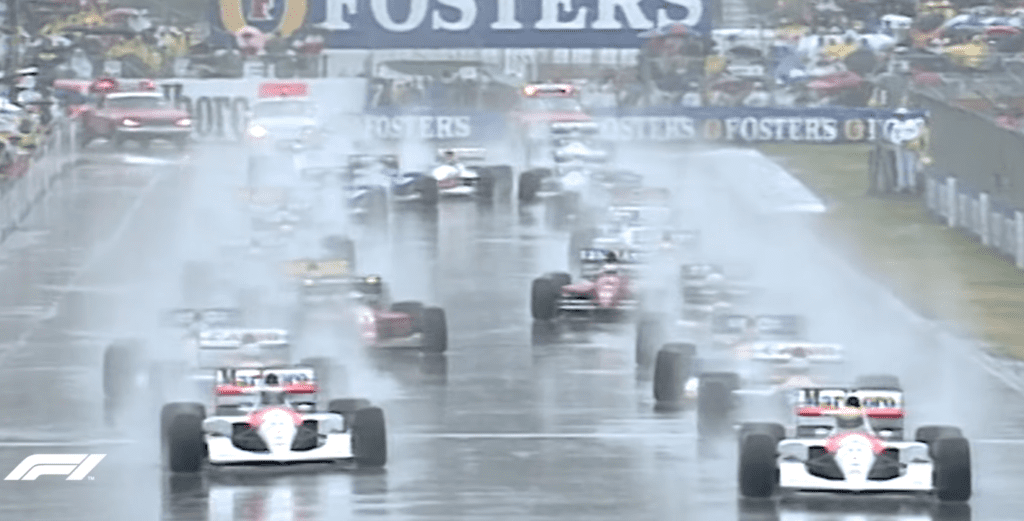