On This Day In F1 – Traction Control Was Made Legal Because It Was Too Hard To Police – WTF1
Skip to content
×
Formula 1 , On This Day

News
Traction control had been banned for the 1994 season on the basis of it being a driver aid but over the years, there had been concerns as to whether any of the team were actually paying attention to the ban. All sorts of suspicions flew around, most notably in 1994 itself when the FIA famously found traction control software in the ECU of the Benetton team.

By 2001 it seemed that there were many teams using illegally using traction control systems and so on this day the FIA announced that it was lifting the ban on the basis that it was simply too hard to police. Eventually, the FIA did find a way to get rid of it by making the ECU itself a standard part. Ever since 2008, drivers have had to rely on their own right foot to manage traction – well, that and other clever bits of software…

Widely regarded as one of the greatest F1 drivers never to win a race, Jean Behra (born 1921) managed nine podium finishes from 52 starts between 1952 and 1959. Racing for the likes of Gordini, Maserati, BRM and Ferrari, Behra was a fiery character on- and off-track and was involved in a number of accidents, and lost his drive at Ferrari after a disagreement wound up with him giving the Ferrari team manager a knuckle sandwich. He died in a crash in a support race at the German GP just a few weeks later. 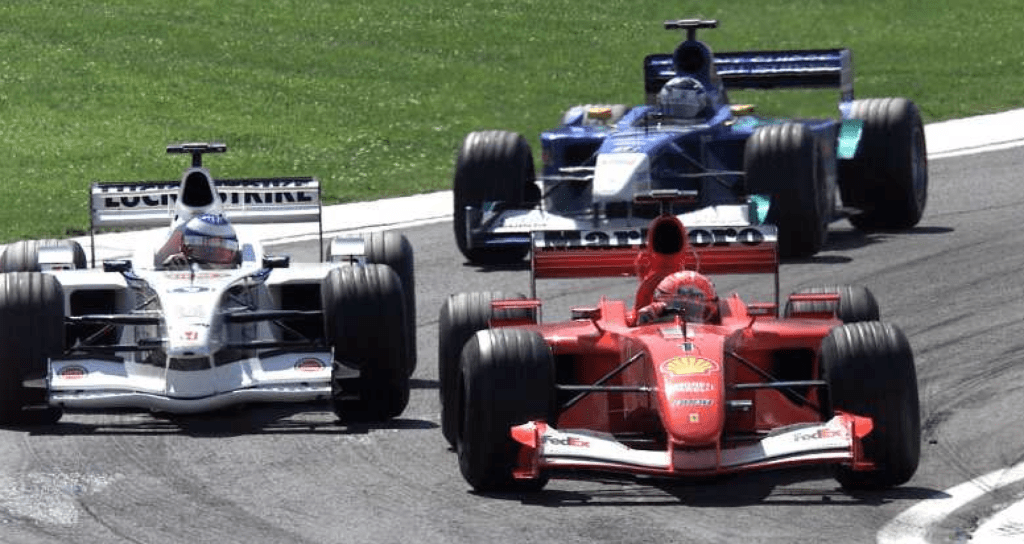