On This Day In F1 – Trulli Fought To Keep Toyota In The Sport – WTF1
Skip to content
×
Formula 1 , On This Day

1964 United States Grand Prix
Graham Hill boosted his chances of a second championship with a win ahead of main title rival, John Surtees. Jim Clark’s hopes took a major dent, however. He’d been leading for much of the first half of the race when his Lotus started to misfire.

After losing time in the pits trying to get it fixed, the team called Mike Spence into the pits and handed his car over to Clark – the last time drivers shared a car in F1. Clark recovered to as high as third until he ran out of fuel, dropping to seventh and out of the points, leaving him nine points off the championship lead with one race still to go.

1970 United States Grand Prix
By finishing fourth, Jacky Ickx could no longer overhaul Jochen Rindt’s points total at the final race, crowing the Austrian as the sport’s only posthumous champion. Emerson Fittipaldi won in just his fourth start ahead of Pedro Rodriguez, with Reine Wisell scoring a podium on his debut. Sportscar ace Derek Bell finished sixth for Surtees, the only points finish of his F1 career.

2009 Japanese Grand Prix
F1 was hit hard by the global recession in 2009. BMW had already announced it was quitting the sport and at the end of the season, Honda withdrew too. As the season was drawing to a close it was expected that Toyota – who’d spent eight seasons not winning despite having perhaps the largest budget in the sport – would do the same.

This was bad news for Jarno Trulli, who’d been spearheading the team since 2005 and, were Toyota to quit, would be left without a competitive drive. At Suzuka Trulli was on immense form, qualifying an excellent second. He dropped to third at the start and you wondered if he might simply slip down the order, as was often the case with Trulli. Instead, he pushed hard, passed Lewis Hamilton in the pit stops, and finished a fine second behind Sebastian Vettel. Would a race win have stopped Toyota from leaving? Who knows.

Karl Oppitzhauser (born 1941) was a keen amateur racer who won a Cosworth engine, Goodyear tyre supply and a sizeable amount of money in a competition run by the Austrian Sports Car club. With that in his pocket, Oppitzhauser decided to use his prize to enter the 1976 Austrian Grand Prix in a March. However, when he got there, the race directors refused his entry, citing a lack of single-seater experience. Still, you can’t blame a guy for trying! 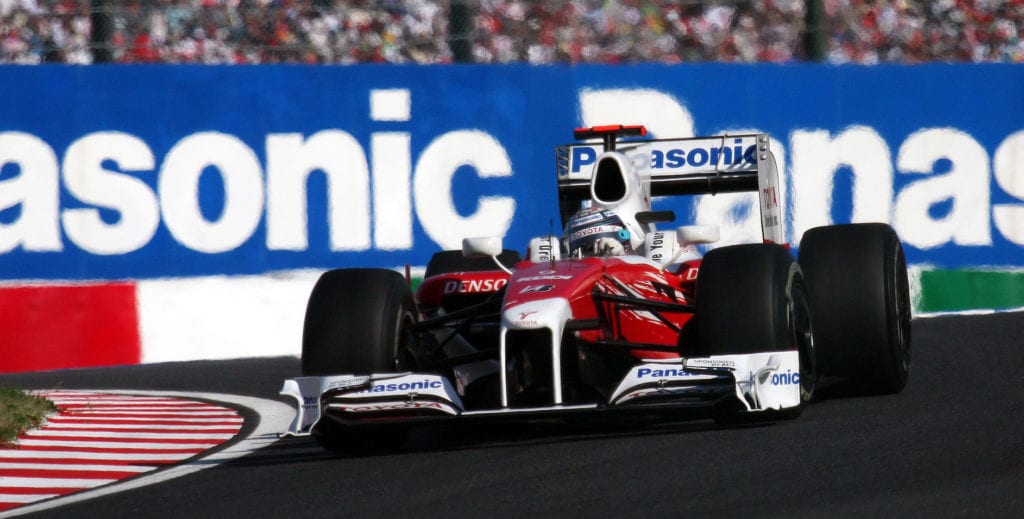