On This Day In F1 – Two Drivers Finished In Both Second And Third Places – WTF1
Skip to content
×
Formula 1 , On This Day

1955 Argentine Grand Prix
Along with the 1984 Dallas GP and the 2005 Bahrain GP, temperatures in the 1955 Argentine GP reached a searing 40°C, making it one of the hottest races on record. Conditions were so sweltering that most of the drivers couldn’t hope to finish the race alone and had to call on substitute drivers. This led to an unusual situation where both Giuseppe Farina and Maurice Trintignant finished in second and third place, with Trintignant also technically being a retirement!

Only fifth-placed Roberto Mieres and, of course, eventual winner Juan Manuel Fangio reached the end of the three-hour ordeal without handing over their cars to another driver – though one of the rewards for Fangio’s effort was a nasty burn on his leg.

Birthdays
Alberto Crespo (born 1920) entered one race, the 1952 Italian GP driving a Maserati, but was one of 10 drivers who failed to qualify for the 24-car grid. Luki Botha (born 1930) also entered just one race, driving a Brabham in the 1967 South African GP and though he qualified for his race, a mechanical problem meant he finished 20 laps down and was unclassified. Luiz Bueno (born 1937) was another one-race wonder, driving for Surtees in the 1973 Brazilian GP. He qualified last and finished 12th, four laps behind race winner Emerson Fittipaldi.

Piercarlo Ghinzani (born 1952) was a familiar back-of-the-grid sight throughout the 1980s. He raced mostly for the Osella team between 1981 and 1989 with only short stints at Toleman, Ligier and Zakspeed breaking things up. From his 111 entries, he qualified for 76 races and only scored points once, courtesy of a fifth place at Dallas in 1984. 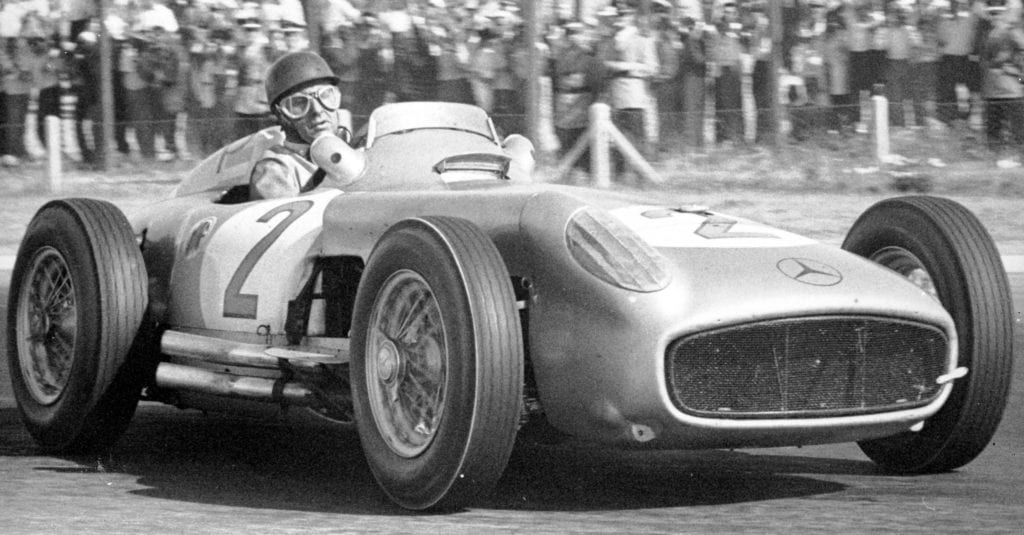