On This Day In F1 – Valentino Rossi Completed His First Full Day Of Official Testing – WTF1
Skip to content
×
Formula 1 , On This Day

News
MotoGP legend Valentino Rossi had driven in a few private tests for Ferrari before but at Valencia in 2006, he took to the track with other F1 drivers and teams for the first time. The first day of testing was wet, so Rossi only did a single installation lap and he had to wait until day two to see how he’d stack up against pretty much the rest of the 2006 field.

The eagle-eyed among you will have spotted that the car Rossi was driving isn’t the 2006 Ferrari 248 F1. Only Schumacher had the new car, Massa drove an F2004 with the new V8 engine, and Rossi had to ‘make do’ with a V10-powered F2004 chassis – albeit with limited performance to simulate the V8-powered cars.

That made any comparisons even more impossible than they usually are during testing. However, Rossi did finish the session with a faster time than Jarno Trulli’s Toyota, Robert Kubica’s BMW-Sauber and both McLarens of Pedro de la Rosa and Juan Pablo Montoya – one of which was also running a detuned V10… 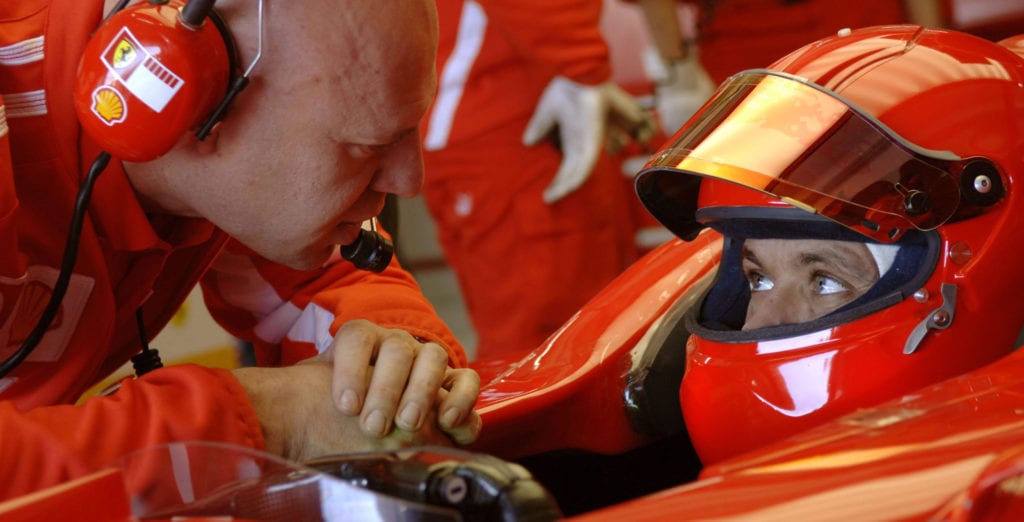