On This Day In F1 – Vettel Received *That* Five-Second Penalty – WTF1
Skip to content
×
Formula 1 , On This Day

1963 Belgian Grand Prix
Jim Clark pulled off one of the finest wet-weather performances at the fearsome old Spa. Starting eighth on the grid, he led by the first corner and stayed there, despite having to deal with his car occasionally jumping out of top gear. Shortly after Graham Hill (who’d been pursuing Clark) retired, the heavens opened – in a big way. Clark was imperious as he lapped the entire field (remember, old Spa was almost three times longer than most current circuits) and eventually won by five minutes from Bruce McLaren, who he’d graciously allowed to unlap himself towards the end.

1968 Belgian Grand Prix
Chris Amon had qualified on pole for Ferrari by a massive 3.7 seconds from Jackie Stewart and was looking strong in the race too, but in true Amon fashion bad luck struck – a stone punctured his radiator and he was out. Leader John Surtees then succumbed to suspension failure, leaving Denny Hulme’s McLaren battling it out with Stewart’s Matra for the win. When Hulme slipped back with driveshaft problems, Stewart was looking set to take a comfortable win.

However, the battle with Hulme had consequences – on the penultimate lap, Stewart started to run out of fuel. He had to pit, promoting Bruce McLaren into the lead and giving his team its very first win. Pedro Rodriguez finished second for BRM, with Jacky Ickx’s Ferrari in third.

1974 Swedish Grand Prix
Jody Scheckter won his first grand prix as he pipped Tyrrell teammate Patrick Depailler by just under four tenths of a second. It was a mega drive from both – Scheckter was in just his 13th race and had previously been labelled as a reckless driver, while Depailler (who’d started from pole and taken fastest lap) was only in his ninth race. James Hunt completed the inexperienced podium, having finished third for Hesketh in his 15th F1 weekend, just a few seconds behind the Tyrrells.

2002 Canadian Grand Prix
Michael Schumacher won a race which either Juan Pablo Montoya or Rubens Barrichello could have triumphed in. Barrichello led the early stages but had his strategy spoiled by a safety car, while Montoya was poised to chase down Schumacher for the win in the closing stages, only for the BMW engine in his Williams to blow up. Barrichello ended up third as David Coulthard managed to split the two Ferraris.

2013 Canadian Grand Prix
Sebastian Vettel won in Montreal for the first time in his career, comfortably ahead of Fernando Alonso’s Ferrari and Lewis Hamilton’s Mercedes. Those two put on an amazing show, playing a game of DRS chicken as Hamilton attempted to defend from Alonso in the closing stages, neither wanting to give the other the advantage down the Circuit Gilles Villeneuve’s long straights.

Valtteri Bottas had been the star of a wet qualifying when he put his uncompetitive Williams third on the grid, but the team’s gamble on a wet setup didn’t pay off when the race stayed dry and he slipped to 13th by the finish. There was tragedy after the race when a recovery vehicle which was moving Esteban Gutierrez’s stranded Sauber ran over a marshal, Mark Robinson, who later died in hospital.

2019 Canadian Grand Prix
Mercedes’ dominance of the season was looking set to finally end as Sebastian Vettel took pole and led most of the way. Lewis Hamilton put him under constant pressure, though, and Vettel made a small mistake at Turn 3 and ran across the grass. he retained the lead, but the stewards deemed that he’d rejoined the track unsafely and he was given a five-second penalty, which dropped him to second at the flag.

Furious with what he felt was an unfair penalty, Vettel initially refused to go to parc ferme and retreated to the Ferrari motorhome instead of going to the podium. He eventually changed his mind and went to the podium as a mark of respect to his competitors, but not before engaging in a bit of theatrics – he moved the number 1 board from in front of Hamilton’s car to the empty space where his car had been.

Amusingly, Ferrari repeatedly tried to appeal what was an un-appealable penalty (in-race penalties cannot be overturned), even claiming that they had brand new evidence which proved Vettel’s innocence… which merely turned out to be Karun Chandhok’s video analysis on Sky Sports F1.

Birthdays
Luigi Fagioli (born 1898) had four seconds and a third place during the 1950 season, ending up third in the championship. He only took part in one more grand prix, the 1951 French GP, which he won in a shared drive with Juan Manuel Fangio. At 53 years and 22 days old, it makes him the oldest race winner in F1 history and, with six podium finishes from seven starts, gives him the highest percentage of podiums of any driver to have started more than one grand prix.

David Hobbs (born 1939) had a sporadic F1 career starting six races between 1967 and 1974, with a best result of seventh driving a McLaren in the 1974 Austrian GP. Hobbs raced basically everything during his career and went on to become a well-loved commentator and pundit in American motorsport broadcasting. 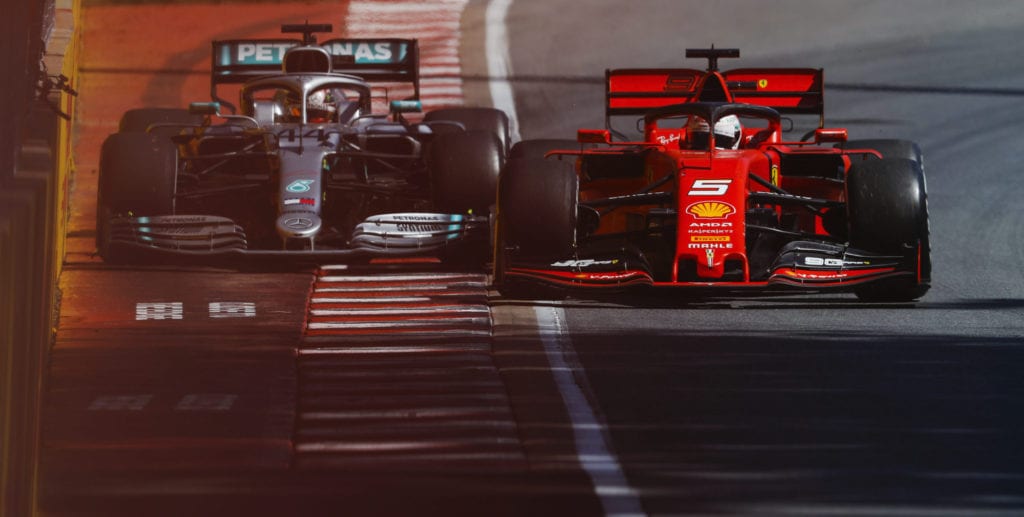