On This Day In F1 – Vettel Set A Record For The Fastest Penalty – WTF1
Skip to content
×
Formula 1 , On This Day

1985 Dutch Grand Prix
Niki Lauda’s final season in F1 was a pretty miserable one as woeful reliability mean he finished just two races from the first 10. The Dutch GP saw something of a turnaround, though – just a couple of weeks after announcing his retirement from F1 (this time for good) he fought teammate Alain Prost hard to take his 25th and final win.

1991 Belgian Grand Prix
Some bloke called Michael Schumacher made his F1 debut after qualifying seventh for Jordan. However, his race was over after just one corner having burnt his clutch out at the start. Given his impressive performance and subsequent career, what often gets forgotten is that his teammate almost won the race.

Andrea de Cesaris was always a bit handy around Spa. After starting 11th, he made his way through the field and at two-thirds distance was sitting in an impressive second. To make matters more exciting, leader Ayrton Senna had some nasty gearbox issues and was struggling. De Cesaris was catching him – fast – and with three laps to go, a shock win for Jordan looked on. Then his engine blew, and Senna held on to win from Gerhard Berger and Nelson Piquet.

1996 Belgian Grand Prix
Jos Verstappen had an almighty accident in his Footwork which triggered a safety car. In the confusion, leader Jacques Villeneuve missed the call to pit, which cost him the lead and handed a surprise win to Michael Schumacher and Ferrari. Villeneuve ended up second with Mika Hakkinen third.

2013 Belgian Grand Prix
Sebastian Vettel took his fifth win of the season to extend his championship lead over Fernando Alonso. Little did we know that he wouldn’t be beaten again all season – this was to be the first of nine consecutive race wins as he romped to title number four.

News
Vettel became the youngest person to take part in an official F1 session when he drove for BMW-Sauber during Friday practice for the 2006 Turkish Grand Prix.

It didn’t take him long to break another record, either – he was pinged for speeding in the pit lane just six seconds after exiting his pit garage for the first time, the quickest any driver has ever been penalised. Later in the day, he performed the rather more impressive feat of being fastest in FP2. 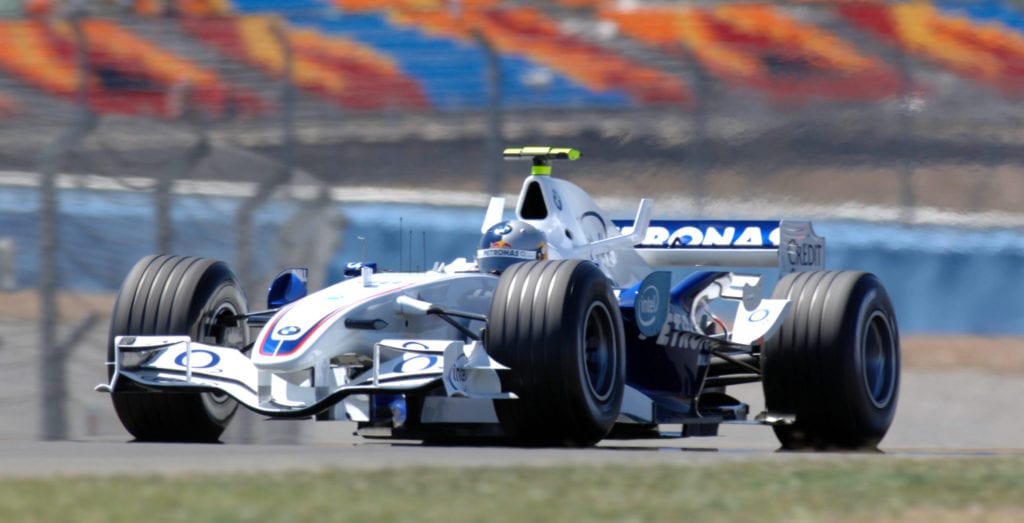