On This Day In F1 – Villeneuve Finished Second In His Home Race – WTF1
Skip to content
×
Formula 1 , On This Day

1985 Canadian Grand Prix
After three second places in the first four races, Michele Alboreto finally won his first grand prix of the season, leading home teammate Stefan Johansson and Alain Prost on a weekend where Ferrari had the upper hand. The two Lotuses had started on the front row, but Ayrton Senna dropped back with turbo problems while pole-sitter Elio de Angelis didn’t have the race pace and, after leading the first 15 laps, eventually ended up fifth.

1991 Mexican Grand Prix
Despite making a bad start from pole, Riccardo Patrese regrouped and quickly found his way back past Jean Alesi, Ayrton Senna and Nigel Mansell to take a lead he’d never lose. Mansell and Senna both had overheating problems and by the time Mansell’s temperatures were back under control, Patrese had pulled too far ahead.

1996 Canadian Grand Prix
After just beating his teammate to pole, Damon Hill went on to win ahead of Jacques Villeneuve – the two pushing each other all the way – and Jean Alesi. Amazingly, this was the only time in his career that Villeneuve finished on the podium in his home race, whereas father Gilles managed to do so three times, including a win in 1978.

Birthdays
Ron Flockhart (born 1923) started 13 grands prix between 1954 and 1960. His best result came in the 1956 Italian GP – starting 23rd on the grid, he made his way through the field to finish third – the only time the Connaught team scored a podium. 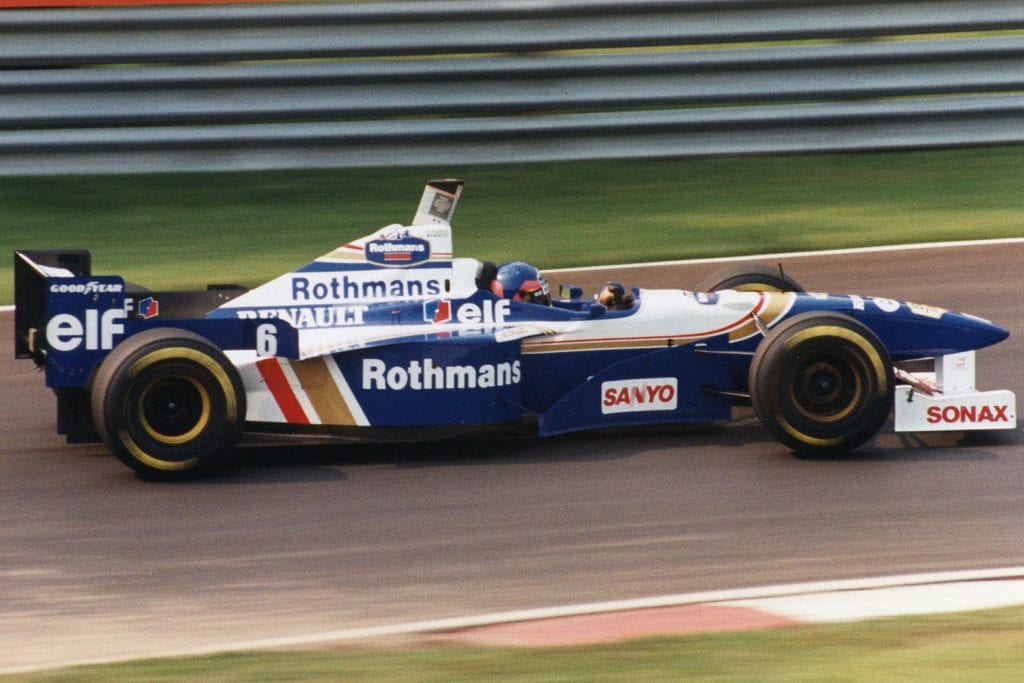