On This Day In F1 – Villeneuve Joined Heidfeld At BMW Sauber – WTF1
Skip to content
×
Formula 1 , On This Day

News
Despite a few years of not really achieving very much, BMW Sauber confirmed that Jacques Villeneuve would drive for the team in 2006 on this day in 2005. Villeneuve had raced for Sauber in 2005 and apart from a single fourth place at Imola hadn’t been especially impressive, generally being beaten by Felipe Massa. Things didn’t go brilliantly in 2006, either, and Villeneuve was dropped for Robert Kubica before the season was through.

Birthdays
Guy Tunmer (born 1948) raced a Lotus 72 in the 1975 South African GP. Although he only qualified 25th he’d moved up to 11th by the finish, beating the works Lotus of Jacky Ickx in the process. 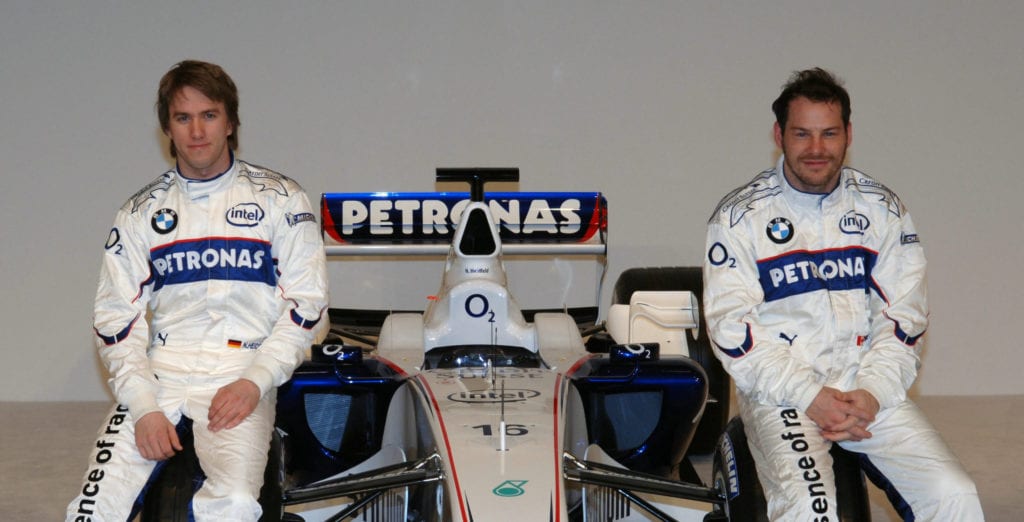