2013 Brazilian Grand Prix
As Sebastian Vettel streaked to an incredible ninth win in a row, his teammate was bringing his long rollercoaster of an F1 career to an end. Mark Webber started his 215th and last grand prix from fourth on the grid and made his way up to second by the end, setting the fastest lap on the way. On the cool-down lap, Webber celebrated by removing his helmet as a way to that F1 drivers are actually humans. He said:

“It’s not always easy to show the person that’s behind the wheel. We can in lots of other sports but in Formula 1 we’ve always got the helmet on so it was nice to drive back with the helmet off.”

It was a great way to end his F1 career before heading off to race for Porsche in the WEC. Even better were his celebrations on the podium as he tripped over while spraying the champagne!

News
On this day in 2006, McLaren revealed that it had signed a young chap by the name of Lewis Hamilton to race for the team in 2007. He’d been with McLaren since he was 13 and his stellar junior career culminated in 2006 with an emphatic title win in GP2, helping him get the nod for the seat over Pedro de la Rosa to become Fernando Alonso’s teammate. Team principal Ron Dennis said ‘we don’t expect immediate performance’. Silly Ron – you should always expect the unexpected… 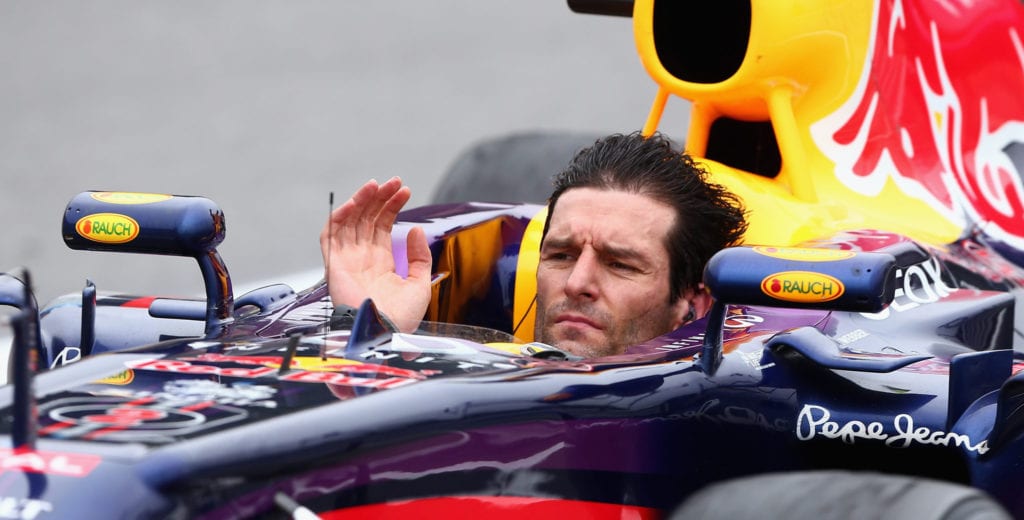