On This Day In F1 – Williams Launched The Walrus Nose – WTF1
Skip to content
×
Formula 1 , On This Day

On This Day In F1 – Williams Launched The Walrus Nose

News
Genuine surprises are few and far between with modern car launches but eyebrows were raised when the 2004 Williams FW26 was revealed. Instead of a conventional front end, the car had a shortened nose cone with two distinct ‘tusks’ connecting it to the front wing, the idea being to direct airflow towards the floor of the car.

The car was nicknamed the walrus nose because… well, it kinda looked like a walrus. Instead of bringing about a revolution in car design, however, the walrus nose didn’t prove especially effective – the car reached the podium just twice in the first 12 races. At this point, the nose was replaced with a more conventional design which allowed Juan Pablo Montoya to win the last race of the year in what would prove to be the team’s last win for almost eight years.

At the time, the walrus nose was considered hideously ugly but it seems to have aged rather well. In fact, we’d even go so far as to say it looks pretty good now…

An excellent test driver, Franck Montagny (born 1978) spent much of the mid-2000s in third driver role for various teams, back when it was a much more involved job. He was Renault’s tester for 2003 and 2004, did a practice session for Jordan in 2005, and became Super Aguri’s third driver in 2006. He was promoted to race driver when Yuji Ide had his super licence revoked and drove seven races in the middle of the season with a best finish of 16th before being replaced by Sakon Yamamoto. Montagny went back to his testing role and found himself doing the same at Toyota in 2007 before focusing on other racing activities. 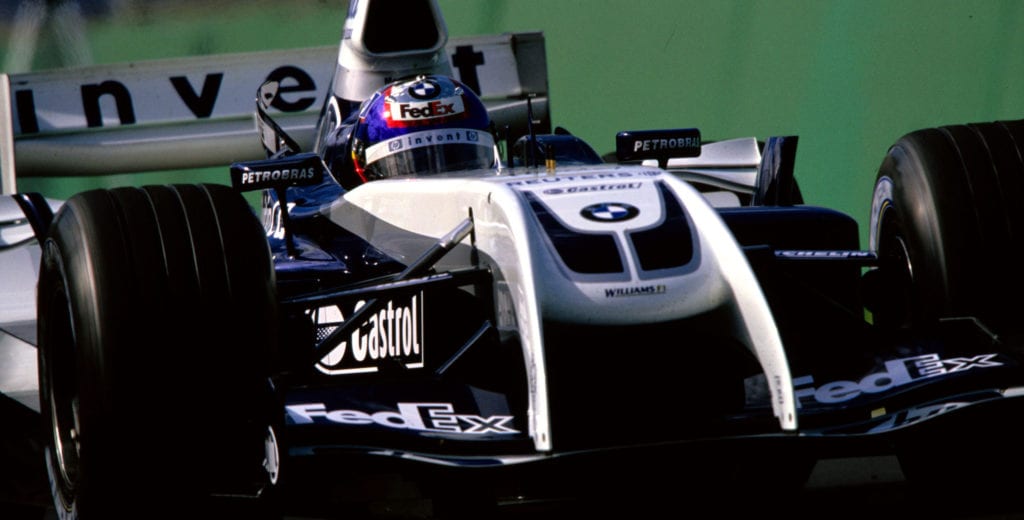