One Of Hamilton’s 2010 Race-Winning McLarens Is Going Up For Auction At The British GP – WTF1
Skip to content
×
Formula 1 , Fun , News
3 comments

We love it when F1 cars go up for auction. Perhaps it’s the idea that one day we could save up enough money to buy one for ourselves? Mind you, it might take a while to get together the $7,000,000 estimate for this special piece of F1 history.

Lewis Hamilton has definitely distinguished himself as one of the greatest F1 drivers there is – if not the best ever. He’s setting new records every weekend and is in a good place to challenge for an eighth world title this year. So, as a motorsport fan, who wouldn’t want to own a car that he’s won one of his 98 wins in?

F1, alongside famous auction house RM Sotheby’s, have given one lucky (and probably filthy rich) motorsport fanatic the chance to own just that. Over the British Grand Prix weekend, Lewis Hamilton’s 2010 Turkish Grand Prix race-winning McLaren Mercedes MP4-25A will be sold.

The car is not going to be sat in a lot either. Oh no, RM Sotheby’s will sell this car as it is being driven around the historic Silverstone circuit at speeds of up to 150mph. Let’s just hope whoever is driving it keeps it on the race track…

Being a Chassis No.1, it’s a very rare car indeed, and it’s not really known quite how many of these 2010 McLaren Mercedes are out there, and future cars will likely be sold through private deals.

If you want to check out more information, you can see the page for the car here, or of course, feel free to PayPal me the estimated fee, and I can treat myself!

Which F1 car would you most like to own if you could buy one at auction? Let us know in the comments below. 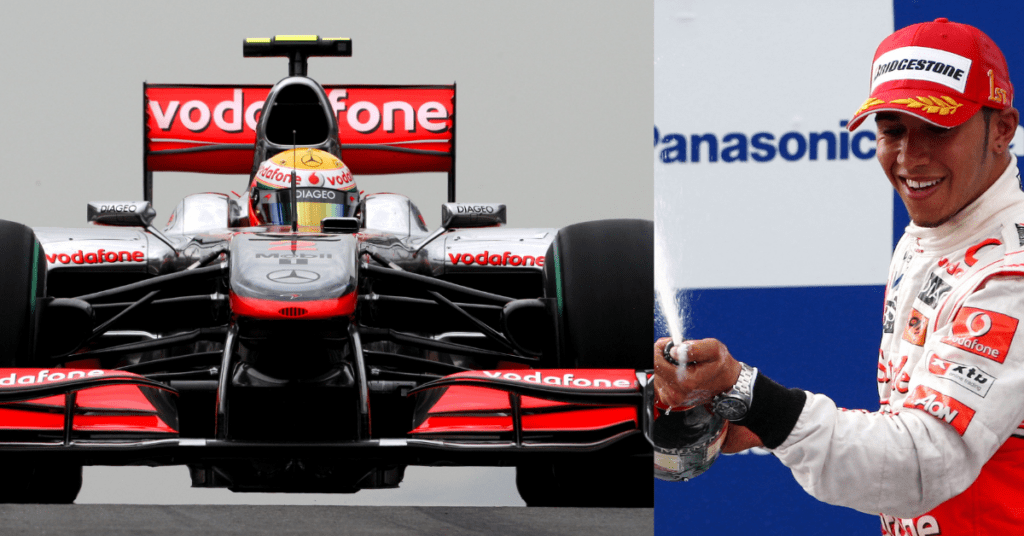