In 2004, entrepreneur John Morris bought a small racetrack in the town of Pahrump, just outside of Las Vegas, and has since turned it into an exclusive resort for wealthy folk who want to come and drive fast on a circuit.

The Spring Mountain Motor Resort is already home to a number of US manufacturers who use the circuit for testing and driving schools. The track currently has loads of different layouts, the longest of which is 6.2 miles long, which currently makes it the longest track in America. Morris plans to expand the track even further though and eventually the layout will total a whopping 15 miles.

That’s longer than the Nordschleife, but not quite as long as the combined Nurburgring circuit that the VLN races on (which is 16.1 miles), and way shorter than the Isle of Man TT course (37.7 miles).

It’s not just the long track which is going to make the resort so spectacular though as Morris wants to turn it into huge adult playground, with activities such as off-roading, shooting ranges and jetpack flights. Eventually he wants to build it up in to a full-blown city with houses, restaurants and other amenities.

A city built around the concept of a race track? Sounds great – where do we join?! 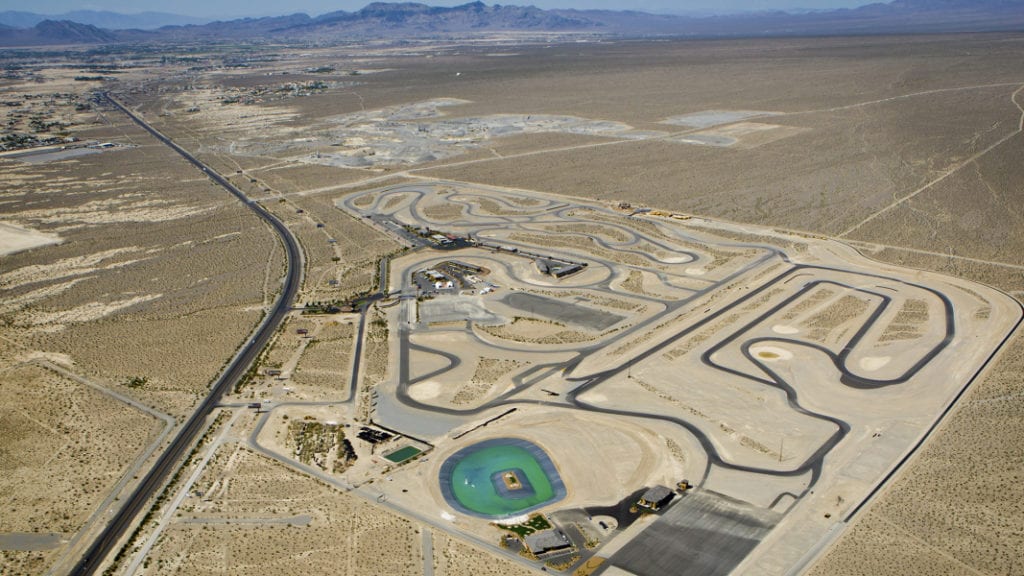