Only One Driver Whatsapped Grosjean When He Announced His Haas Departure – WTF1
Skip to content
×
Driver News , Formula 1
5 comments

Only One Driver Whatsapped Grosjean When He Announced His Haas Departure

When Romain Grosjean announced that he would be leaving the Haas F1 Team in a dramatic Facebook post, many of the F1 community flooded his social media mentions with well-wishes and support. However, only one driver on the grid picked up the phone to send him a direct message. Oh, poor Romain.

That driver was none other than George Russell. That kid just seems to have a heart of gold, or is that just us that thinks that?

“Crikey. Romain Grosjean says only one driver sent him a Whatsapp message when Haas announced the Frenchman would not be driving for them next year. That driver was George Russell,” he tweeted.

Grosjean has been with Haas since 2016, and made his F1 debut in 2009, but after being dropped from his seat alongside Kevin Magnussen last month, it looks like his time in F1 could actually be over with so few seats left.

“I’ve had a good relationship with George,” Grosjean said to F1.com. “When the announcement was made that I wasn’t going to be with the team next season, he was the first and only one to send me a WhatsApp message.

“That really shows that he’s a great guy. I know how painful it is to crash under a safety car period – especially when it’s going to be your first point of the season. I believe it was the same for me at Baku in 2018.

“In the lower part of the field, you really need to work the tires a lot. I’ve said it many times, if I was doing Baku again, I’d probably do the same thing as I did three seasons ago.

“George didn’t do anything crazy, but he just lost the car. It was a tough day for him, but he’ll have plenty more (good days) to come.”

If you were in F1, would you have sent Grosjean a WhatsApp? 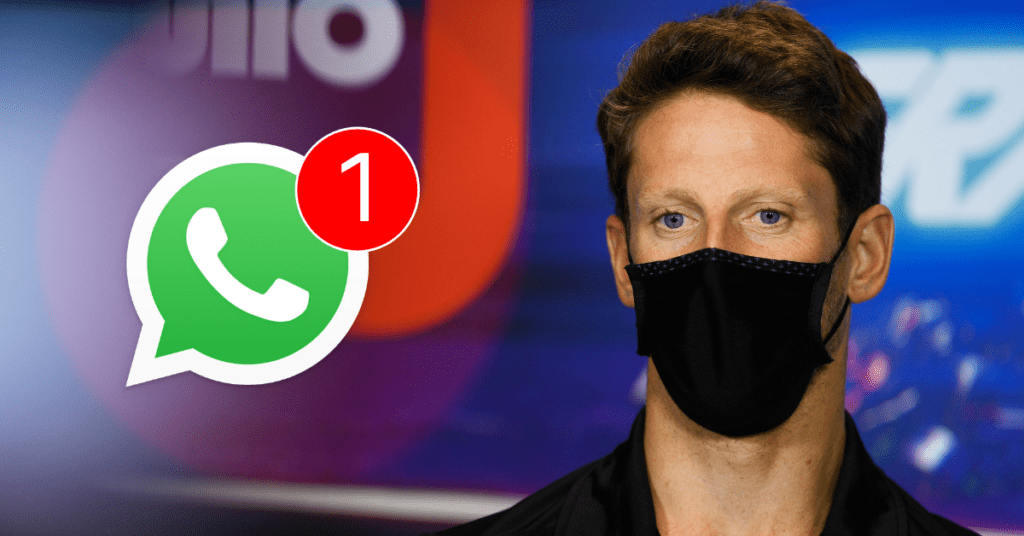