Only One Position Stayed The Same After Formula E Issued Some Post-Race Penalties – WTF1
Skip to content
×
Formula E , News

Considering the mad stuff that went on during the second Formula E race of the season in Saudi Arabia, post-race penalties of some kind seemed inevitable. And indeed, hours after the race, stewards decided that three drivers needed to be penalised, with the net result being that race winner Alexander Sims is the only driver who crossed the line in the position they finished.

Of course, all that needs to happen for that to be true of any race is for the driver in second to be disqualified, but in this instance it was three penalties which contributed to a radical shake-up of the order.

First, there’s Gunther. His decision to pass two drivers before reaching the green flag after the first safety car period netted him a drive-through penalty, which was converted into a 24 second time penalty and dropped him down from what would have been his first podium in second to 11th, and out of the points.

De Vries was also given a penalty for the exact same thing, dropping him from seventh to 16th, while poor Turvey (having driven a stunning race for Nio) was disqualified altogether after using fractionally too much energy over the course of the race.

James Calado’s debut weekend suddenly looks even better – 21st to 10th has suddenly become 21st to seventh. Jean-Eric Vergne also picks up four points from a horrible weekend with eighth, Brendon Hartley makes it two rookies in the points with ninth, while Antonio Felix da Costa recovers from his own penalty for spinning Sebastien Buemi around to pick up the final point.

Championship-wise, Sims remains on top, four points ahead of Vandoorne with Sam Bird slipping to third after his non-finish in the second race. Oliver Rowland also sneaking in there with a fourth and fifth from the first two races leaves him in touch in fourth. 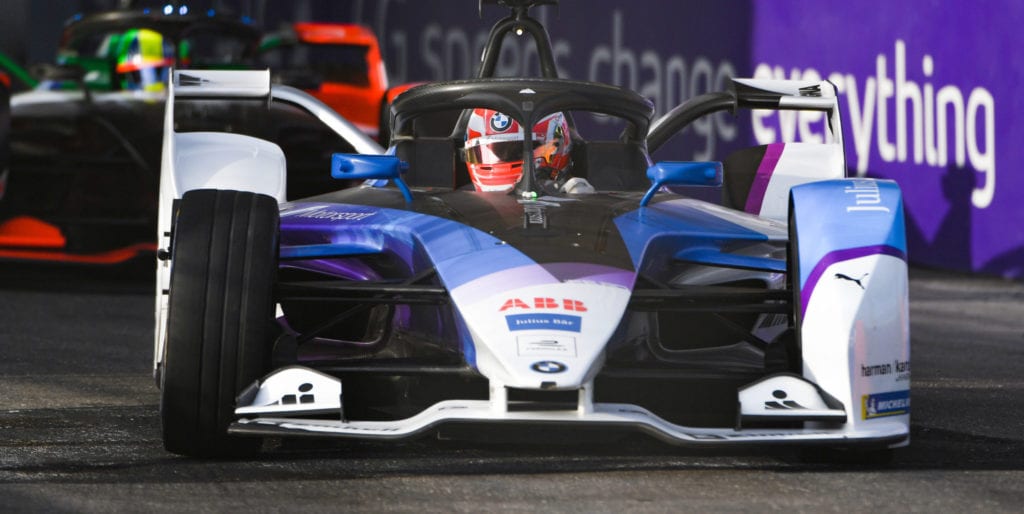