Called the W Series, this new championship aims to help female participation in motorsport by addressing the bottleneck in opportunities at the F3 level of the motorsport ladder, where funding often starts to dry up. It’s doing this by making the series completely free to enter – applicants will be put through various tests such as on-track testing, simulator appraisals, fitness trials and technical and engineering tests, among other things. The 20 best will go on to not only compete in the series, but will also have access to an expert training programme (with the likes of David Coulthard and Adrian Newey being involved) where the drivers can develop and hone their skills.

The first season aims to begin in the spring of 2019, with drivers competing over six rounds throughout Europe (further seasons are aiming to have races globally) in Tatuus Formula 3 machinery. There’s a $1.5 million prize fund on offer, too, with the champion receiving $500,000 and the rest being distributed among the rest of the grid, down to 18th place.

The series’ intention is not to segregate women from competing against men, a statement reading:

“At the heart of W Series’ DNA is the firm belief that women can compete equally with men in motorsport. However, an all-female series is essential in order to force greater female participation. W Series is therefore a mission-driven competition, the aim of which is not only to provide exciting racing for spectators and viewers on a global scale, but also to equip its drivers with the experience and expertise with which they may progress their careers, racing and honing their skills in W Series before eventually graduating to existing high-level mainstream racing series.”

Opinions of this new series seem to be very much split, with many motorsport personalities and existing female racing drivers taking to Twitter to offer their thoughts on this new championship. Some are in favour of it:

Many divided opinions, but personally I feel that any additional opportunity to race is positive ✅ As long as I can continue to live my dream and fulfil my ambition to race at the highest level of motorsport, then I’m happy! 😃 https://t.co/M5ceEGKe7G

Huge day for women in motorsport with the launch of ⁦@WSeriesRacing⁩ ….the start of something very special indeed #WSeries 🙌🏼 https://t.co/9aEKJJY9Kn

Notice some people have misunderstood the premise behind this series: message isn’t that women can’t compete with men. I believe it’s about creating a platform to encourage more women to race. Would be great for F1 grid to one day have a woman with Lewis or Max level of talent! https://t.co/C2XasK22Z6

I baulked when I first heard about this series. But as time has gone on, I’ve come round to it. Give it a chance, I say. If it gives female racers the opportunity to develop their skill and fund their way to the heights of the sport it can only be a good thing. https://t.co/ykdQQ3MUsl

However, not everyone is quite so enthused by the idea, feeling that it’s a step backward for equality in motorsport:

I agree with the arguments – but it totally disagree with the solution. Women need long term support and trustful partners. I want to compete with the best of our sport. Please compare it with economics: Do we need separate Women Management / Advisory Boards? No. Wrong way. https://t.co/91ThfcGJNX

What a sad day for motorsport. Those with funding to help female racers are choosing to segregate them as opposed to supporting them. I am deeply disappointed to see such a historic step backwards take place in my life time. https://t.co/8ZrKqaADwx

For the record, I stand WITH those who feel forced into this as their only opportunity to race.

I stand AGAINST those who are forcing the above mentioned racers into this position as their only solution to find the funding to race.

Think I’m more with @PippaMann. Surely it would be better to take all that money and create a Red Bull style support ladder backing women at all levels. They could put @JadeEdwards9 into BTCC for starters!! https://t.co/O27beNuztf

I’ve won and been on the podium in every series I’ve raced in. So what’s stopping me reaching the very top?

Not my ability. It’s lack of Money.

Why waste money on a segregation? Invest in the already successful female racers that NEED the money. #MoneyMakingScheme #WSeries

Do you think the launch of W Series is a positive move for women in motorsport, or a potentially damaging one? Let us know in the comments. 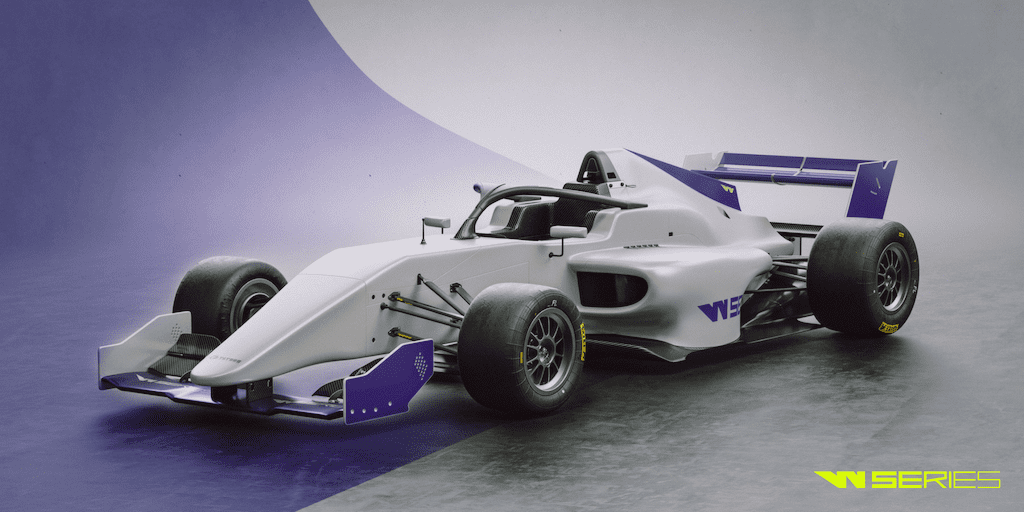