After an unstoppable rookie season, Oscar Piastri has written his name into the record books by securing the F2 Championship title, his third title in as many years.

The Prema driver has lit up the 2021 F2 grid, taking five victories, including back-to-back feature race wins in Monza, Sochi and Jeddah.

Ten podiums and five consecutive pole positions saw the Aussie hold a 55.5-point lead over his teammate Robert Shwartzman heading into the first sprint race of the final round in Abu Dhabi.

TIME TO CROWN A CHAMPION? 👑

Here's how @OscarPiastri can win the championship in Sprint Race 1 🏆👀

Qualifying on pole saw him start the sprint race in 10th before a lightening fast getaway helped him climb up to sixth on the opening lap.

All Oscar needed to do was to finish the race within ten points of his teammate to guarantee the title. However, he wasn’t content with taking the easy road to glory.

Steadily moving up the order, Piastri soon found himself battling Shwartzman for the final podium position. With the title on the line and three laps to go, he made a risky late move on the Russian to take P3 and ultimately secure the championship title.

Speaking after the race, he said, “What a race to clinch it on. I wanted to get on the podium to do some good celebrating! Very, very. very happy”.

Unfortunately, a glorious end to an incredible season doesn’t have the happy ending he would have hoped for. Rather than being promoted to an F1 seat next year, Piastri will become Alpine’s reserve driver for 2022.

Meanwhile, third-placed Guanyu Zhou will become the first Chinese driver to race in F1 after securing a seat alongside Valtteri Bottas at Alfa Romeo. The UNI-Virtuosi driver had been Piastri’s closest competitor before Jeddah.

As Oscar put it, he’ll be the champion of sitting on the couch next year, but hopefully, it won’t be long till we see this Aussie superstar in F1. 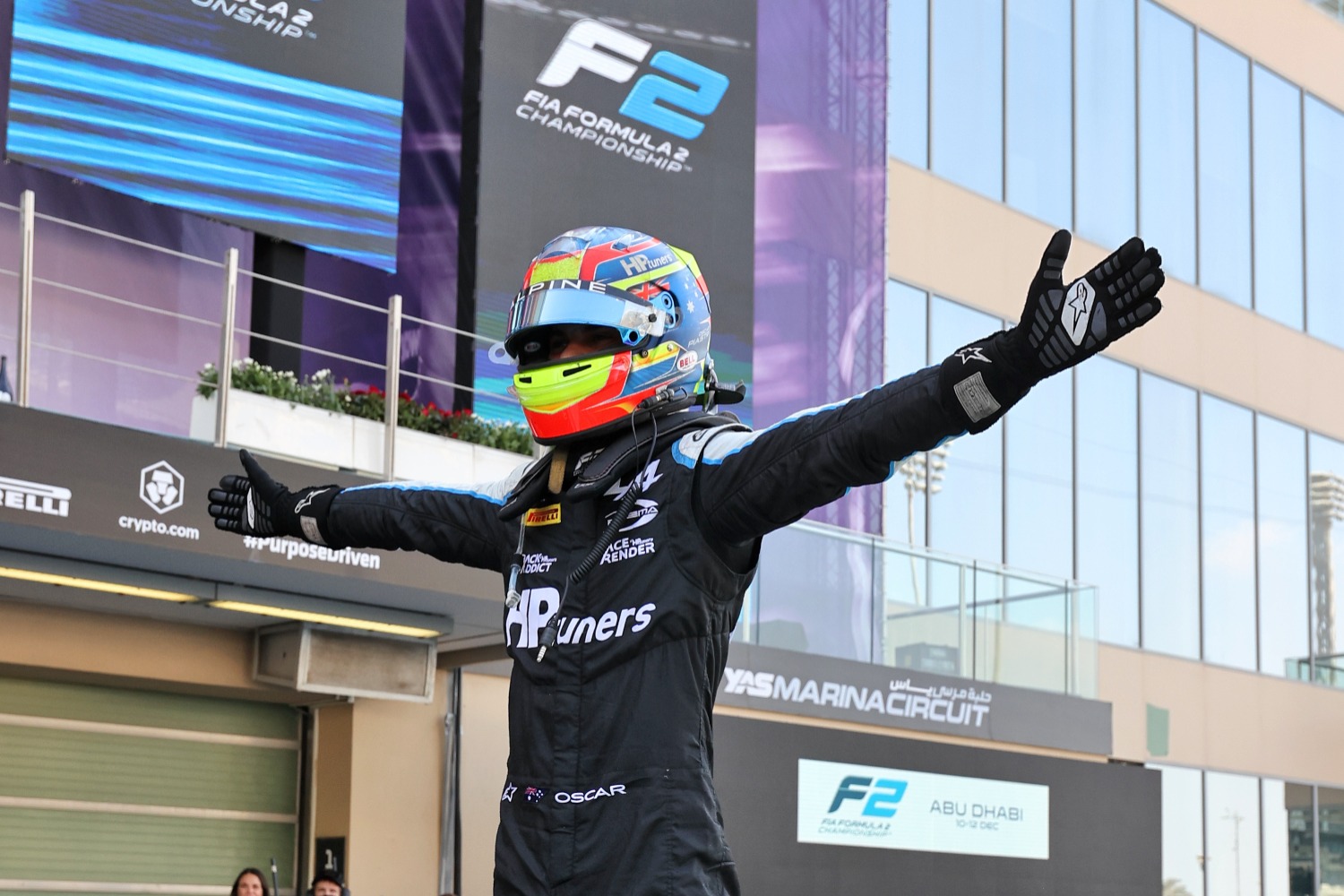