Other F1 Drivers Say They Wouldn’t Skip A Grand Prix To Race Somewhere Else – WTF1
Skip to content
×
Formula 1 , News

Even though Monaco is probably going to be McLaren’s best chance of a decent result this year you can’t blame Alonso for wanting to miss it. After all, Fernando wants more championships and he’s clearly not going to get that this year, so the allure of going after the Triple Crown makes sense.

Despite that though some of the other drivers have said that although they wouldn’t mind trying out other championships, they would never consider missing a Grand Prix to do it.

Sergio Perez was one of them, but also said that he’d like to race in the Indy 500 one day:

“If you decide to do a race like Nico [Hulkenberg] did, racing at Le Mans because it’s not the same weekend, everybody would not be so surprised. But changing a race in Formula 1 to do a race in another category is definitely a big surprise. Maybe there are other decisions around it that we don’t know we don’t know if it’s coming from Fernando, or the team, or Honda. But it will be nice to see him racing there and I will definitely be watching.”

Hulkenberg himself said he was surprised:

“In my case it was completely different, I didn’t go away from F1 in the way that he does. I would never have done it if I had to miss a race for it, especially Monaco. I am a bit surprised like everybody about this situation.”

Some of the most scathing comments however came from Romain Grosjean. The Haas driver has in the past said he’d like to do a Nascar race (unsurprising, give that Haas also have a Nascar team), but like many others would never skip a Grand Prix to do so and even went so far as to question Alonso’s commitment:

“I wouldn’t do it, I give 100 percent, I push really hard, I’m here to do the best for the team. I really would like to do a Nascar race, but being part of a project, especially like Haas or like Honda in Formula 1 and developing everything, making sure the team arrives to the top level, is something more important. I’m surprised he can skip a race and say ‘I’m going to do another race’. It’s great for motorsport having a driver from Formula 1 going to Indianapolis, but you can do that when you’ve finished. I don’t know how it looks from the outside, I’m just saying I wouldn’t do it if I was committed.”

Well Romain, I can tell you how it looks from the outside – it looks awesome. Can you blame him for wanting to try something else? He’s certainly not achieving what he hoped he would be with McLaren this year and there’s not really anything he can do about it, so why not give the Indy 500 a go? He had the opportunity and at the end of the day, he’s a racer.

Lewis Hamilton was a touch more sympathetic than Grosjean and although he said he would personally never miss a Grand Prix, he thinks drivers should be able to go and do other things.

It’s great that a driver is able to do that. I think us drivers should be able to do more than one series. Obviously there was a period of time in the past when there were drivers doing multiple series, so I think it’s pretty cool that he’s doing it.

Not having one of it’s best drivers at the biggest race of the year is a little bit of a hit for Formula 1, so it’s not entirely surprising that other drivers aren’t saying they’d miss an F1 race to go and do something else. That probably wouldn’t go down great with teams, sponsors, and F1’s new owners, would it – or is that just me being cynical? 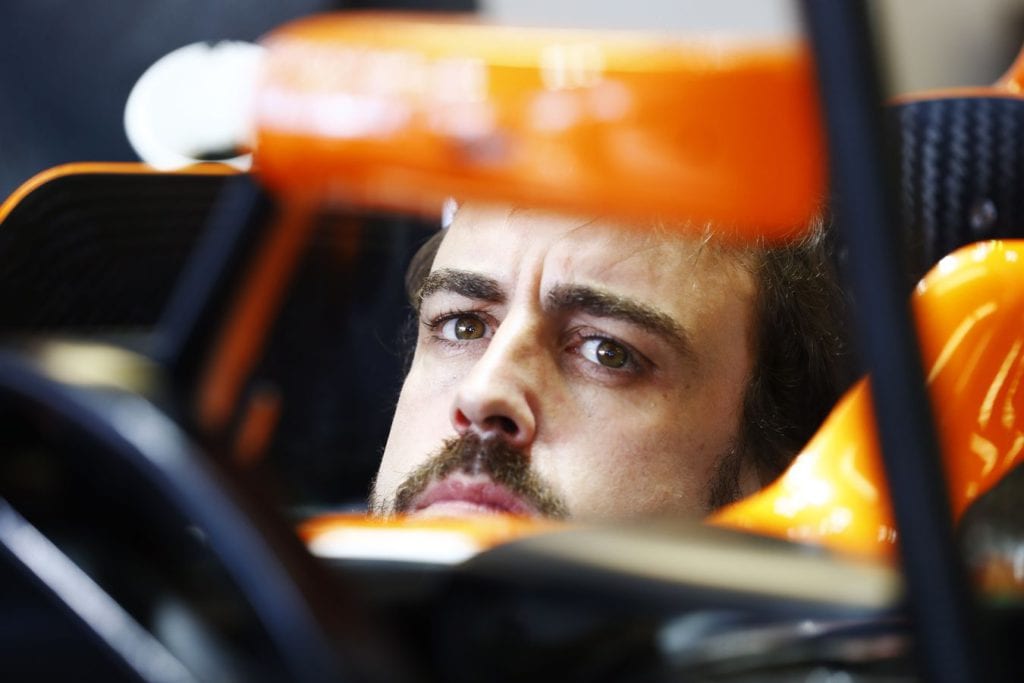