Paddy Lowe Reckons Hamilton Is In The Same League As Senna

Lewis Hamilton’s pole position in Canada was his 65th, and he therefore equalled the tally of his hero of Ayrton Senna. Inevitably that’s led to a number of comparisons between the two, but trying do it through statistics alone is pretty much meaningless since they both raced in completely different eras.

However Paddy Lowe thinks that Hamilton compares favourably to Senna – not because of statistics or achievements, but because he’s actually worked with both of them, which probably gives him a certain amount of authority on the subject. Speaking after qualifying for the Canadian Grand Prix he said:

“Stating the obvious, they both sit within the one handful of greats that there are in the history of the sport.Those great drivers are able to pull out an extraordinary lap. You kind of saw that with Lewis today. Probably on Mercedes’ estimations and all their simulations, that time wasn’t in the car. They didn’t have it on their charts for today. They probably thought Ferrari had them after P3 and then Lewis will go out there and really dig deep. They can’t do it every Saturday but every now and again they just go out there and something really extraordinary is required and they produce a lap where you go: ‘Wow, where on earth did that come from?’ And Lewis is certainly one to do that, and so was Ayrton.”

Hamilton’s qualifying lap in Montreal was pretty special – he was four tenths quicker than Sebastian Vettel’s Ferrari and a whopping seven tenths up on teammate Valtteri Bottas. It was an incredibly fitting way for him to bring up his 65th pole and although in terms of talent you can put him in the same bracket as Senna, when it comes to character the two are very different. Lowe continued:

“I think character wise they were quite different. People criticise Hamilton for a number of things but actually he is within it all a real gentleman and a very fair racer. Hard but fair. With Ayrton, we have a tendency to get a bit rose tinted. Mostly I was playing against Ayrton, that is why I struggle a bit with perspective, but mostly I was at Williams in those days and Ayrton was the guy we were struggling to beat. We eventually did in 1992 but it seemed impossible in the years building up to it, and he was ruthless. He had some various tactics to intimidate his opposition, but that was more the name of the game back then.”

Back in Senna’s day and the idea of being given penalties for things hadn’t really come into play. As a result drivers were more-or-less left to just get on with it and sort issues out between themselves. Lowe added:

“I was talking to Riccardo Patrese the other day about this and without mentioning any specific instances, bearing in mind you didn’t get a penalty for blocking in qualifying in those days, you just had to go and see the bloke and intimidate him so he didn’t screw you over again. That is how it was back then. Now you can rely on the police to give the guy a ticket! It is a very different world and Ayrton played it how he had to back then.”

Since the stewards get involved with everything nowadays in order to try and make it as fair as possible for everyone there’s really no need for drivers to be quite as bullish as the likes of Senna were back in the day.

This difference of attitudes and situations is just one reason why comparing drivers across eras is pretty much impossible, but no matter what the year or what the rules are, a talented driver is a talented driver. And that alone makes them worthy of comparison.

What do you think? Is Hamilton as good as Senna? Share your opinions in the comments. 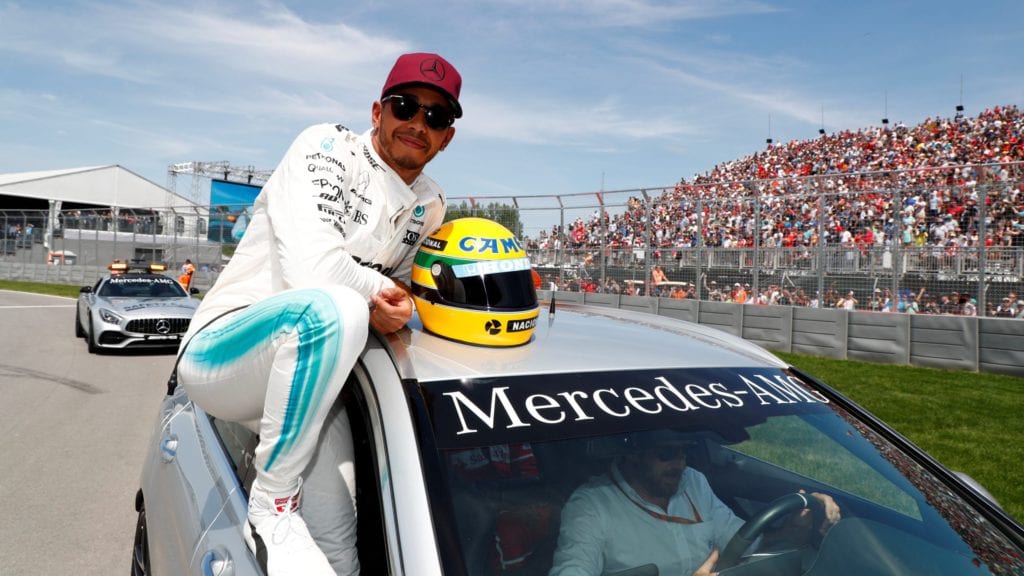