We doubt any driver wants to be the first to crash during the course of a new Formula 1 season, but that’s what has happened to Palmer.

The British racer shunted his RS17 into the barrier heavily at the final corner mid-way through the second practice session for the Australian GP.

He lost the rear of his car during the medium-speed right-hander, causing it to spin into the wall rear-end first and snap back around.

Not ideal for Renault, especially due to the fact three of the car’s four corners were damaged in the crash. Oops. A lot of hard work ahead now to get the car ready for FP3 on Saturday morning.

There were concerns the increased downforce levels would make the cars look like they were on rails but as Palmer proves, that’s far from the case. 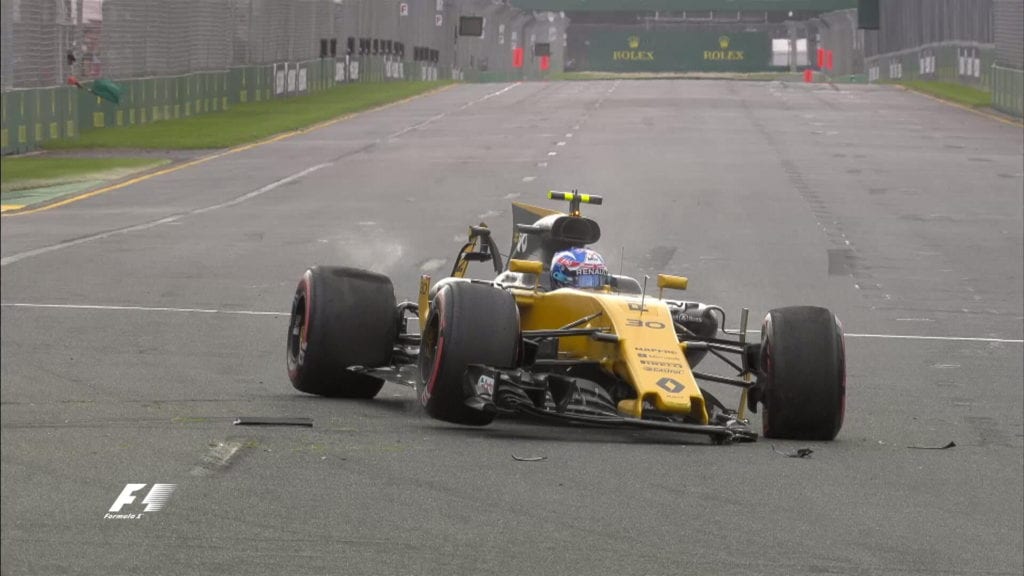