Ten years ago, a bunch of five fresh-faced juniors took part in a Red Bull media day. They had been selected as Red Bull’s ‘stars of the future’ with the expectation that they would lead the F1 programme in years to come. What happened?

Fast forward to modern day, and none of them drive for Red Bull anymore.

In part one of this feature, we look back at those five famous faces and what they’re up to these days. We’ve also added in a couple of extras and will delve deeper into the careers of other Red Bull Juniors in a second part that’s coming tomorrow.

Crazy to think none of them now drive for a Red Bull team 😦 pic.twitter.com/W7mxBHg2ok

Ah, Mr Ferrari as he will soon be known in 2021 (we really hope this doesn’t become an actual nickname). Carlos Sainz has had more seat changes in F1 than most, but back in 2010, Red Bull saw him as a real candidate for a long-term driver at the team.

During the 2010 media day, Sainz had been an official junior for just six short months but would remain in the programme until 2014. The following year, he made the step up to Toro Rosso in F1 and would stay there for three seasons before deciding to end his ties with Red Bull and join Renault for the final four races of 2017.

He has since raced with McLaren and now joins Ferrari alongside Charles Leclerc from 2021 onwards.

Hartley has had one of the most varied and random careers in modern motorsport. He had already been a part of the Red Bull Junior Team for five years in 2010 and was the existing reserve driver for both Red Bull Racing and Toro Rosso alongside Daniel Ricciardo.

With such significant responsibilities at 20-years-old, Hartley looked to have a promising career ahead of him. However, Red Bull ousted Brendon just months after the 2010 promotional shoot stating that he was severely underperforming in the Renault World Series.

Finding competitive single-seater opportunities was a struggle. Despite being the test driver for rival Mercedes for a few years in F1, he soon found himself making the switch to the World Endurance Championship and Le Mans 24 Hours. Here he had big success, winning the 2015 and 2017 seasons with Porsche, as well as winning Le Mans twice.

However, life took a surprising turn when Hartley was offered an F1 drive with Toro Rosso in 2017. Seven years after being dropped by Red Bull and thinking he would never make it to F1, Hartley made his debut at the 2017 US Grand Prix and continued to race for the team until the 2018 Abu Dhabi Grand Prix.

Since then, Hartley appeared in Formula E for a few races with Dragon before announcing his departure from the championship with immediate effect. He won the Le Mans 24 Hours for the second time last year.

Has anyone heard from this guy recently? Of course, we’re joking. Since earning himself a spot on the Red Bull Junior programme, Ricciardo remained a loyal asset to the team and worked as the reserve driver for both Red Bull Racing and Toro Rosso up until his promotion to F1 with HRT thanks to a paid deal by Red Bull in 2011.

After his spell with HRT, Ricciardo was handed a full-time race seat with Toro Rosso for 2012 and 2013 before being signed at Red Bull Racing alongside four-time champion Sebastian Vettel from 2014 onwards.

In his first year with Red Bull, he earnt three victories and finished the season third with Vettel only managing fifth place in the drivers’ standings. Ricciardo would take another four wins with the team but decided to jump free from the Red Bull family after the 2018 season.

He has completed two years with Renault and moves on to a new adventure at McLaren this season.

Similar to Ricciardo, JEV joined Toro Rosso from the 2012 season. He remained in the championship for a total of three seasons with the team but achieved fairly uninspiring results.

Towards the end of 2014, Toro Rosso announced that Vergne would be replaced the following season by a young rookie called Max Verstappen. JEV was left without a drive.

However, after Sebastian Vettel confirmed his move to Ferrari, a space became available at the bigger sister team. Vergne’s existing teammate, Kvyat, was promoted to Red Bull, leaving another vacant position at Toro Rosso. It seemed to be perfect for Vergne. Despite the seat being available, Carlos Sainz Jr was brought in and JEV kicked from his seat.

Vergne did some test and development work with Ferrari after his F1 exit, but headed to the new and emerging all-electric Formula E championship for a change of scenery. Although seeming rather disinterested about the series at the beginning, he soon found his feet and is now hailed as the championship’s most successful driver with two back-to-back titles to his name.

His passion for electric vehicles has also seen him co-found a racing team that will enter Extreme E this year.

The young Russian was a part of the Red Bull Junior Team from 2010 up until 2013. Much like the rest in this list, Kvyat got a promotion to Toro Rosso but made the leap to Red Bull Racing after just a year in F1.

Although some believed Kvyat was promoted to the top team too prematurely, he managed to outscore the highly-respected and talented Daniel Ricciardo in his first season with the team. Not bad, sir.

However, some costly mistakes behind the wheel meant Kvyat became the victim of a very public demotion. Dropping Kvyat back down the hierarchy to Toro Rosso, whilst promoting ‘new talent’ Max Verstappen to Red Bull, left him damaged and humiliated.

Things went from bad to worse, as he was then dismissed from his Toro Rosso seat towards the end of the 2017 season, making a one-off return at the 2017 US Grand Prix. A future in F1 looked bleak for Kvyat, and although he joined Ferrari as their third driver for the 2018 season, he made a surprise return with Toro Rosso for the 2019 season.

His return to F1 was reasonably triumphant, with him earning a stunning third-place finish at the 2019 German Grand Prix and several points-scoring finishes over another two seasons. However, it was speculated that Kvyat would be dropped again at the end of 2020, with the rebranded AlphaTauri team instead favouring the pairing of race-winner Pierre Gasly and F2 superstar Yuki Tsunoda.

Rumours became a reality, and now Kvyat has been left without a drive for 2021.

Now, for a couple of drivers who have served time in the Red Bull Junior Team over the past two decades.

Having worked with Red Bull since the age of 16, Alguersuari is one of the earliest signings to the Red Bull Junior Team in this list.

He became the reserve driver for Red Bull and Toro Rosso for the second-half of the 2009 season and just weeks later was thrown into a full-time F1 race seat.

Replacing Sebastien Bourdais at Toro Rosso from the 2009 Hungarian Grand Prix, Alguersuari became the youngest F1 driver ever at 19-years-old and 125 days. Verstappen would go on to break this record.

Although he finished ahead of his teammate Sebastien Buemi in his first race, the rest of the season was average; only finishing three races and retiring from another five. He stayed with the team for another two seasons, scoring championship points on a few occasions.

Despite three-consecutive point-scoring finishes and achieving a career-best seventh-place finish twice in 2011, it was announced that Buemi and Alguersuari were out of Toro Rosso for 2012. They would be replaced by a new driver pairing of Jean-Eric Vergne and Daniel Ricciardo – see how this all works in the timeline of events?

Alguersuari never found another F1 drive and later explained how he believed a deal was already verbally done for the 2012 season with Toro Rosso. As a result, he told competitors he wasn’t available for a race seat. What a nightmare.

He did some radio work with BBC and a spate of races in the first season of Formula E with Virgin Racing but ultimately retired from motorsport aged just 25 to focus on a music career. He can now be found DJing worldwide (when there isn’t a pandemic on) under the pseudonym ‘Squire’.

Red Bull made headlines when they signed Beitske Visser to their junior programme. She became the first woman to be signed to the junior team, ever, and with her impressive racing resume many expected big things from the Dutchwoman.

Visser won two races in her first year of the ADAC Formel Masters series in 2012 which put her on Red Bull’s radar. She then won another race, plus finished on the podium twice the following year which is when she was signed to the Red Bull Junior Team.

Unfortunately, just months after being signed to the programme she was dropped by Red Bull. Visser tweeted the split had materialised because “the results were not what both [parties] expected.” She finished the championship that year in eighth, the identical position in the drivers’ standings the year prior.

As well as the odd GP3 outing and competing in the Formula V8 3.5 Series, Visser made everyone sit up and pay attention to her when she competed in the women’s racing series W Series. Battling with Jamie Chadwick for the inaugural crown, Visser secured a win, two second-place finished and a third place in the six-race calendar – she finished fourth in the other two events. Unfortunately, it wasn’t quite enough, and Jamie Chadwick became the first W Series champion in 2019. 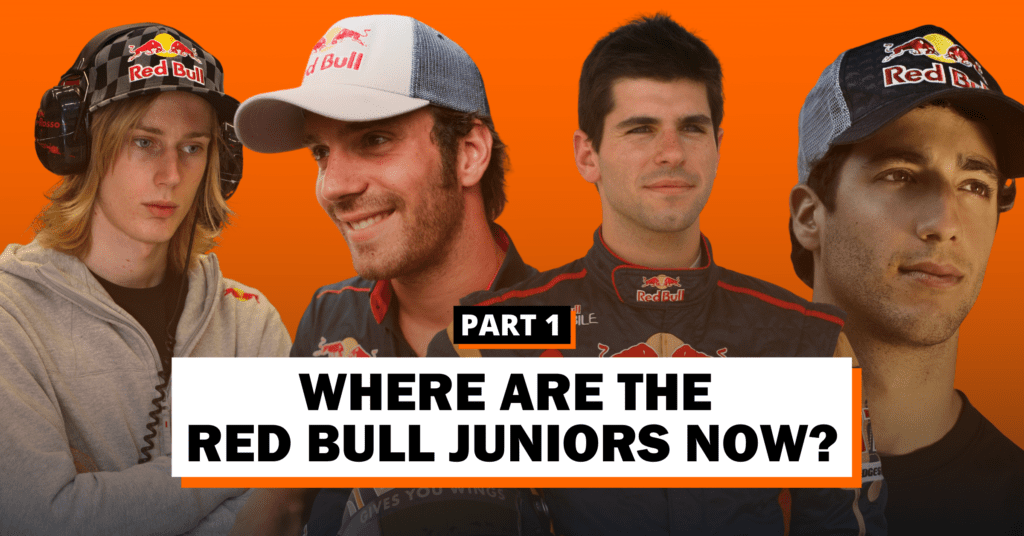