Pastor Maldonado Won’t Be Racing In The WEC This Season – WTF1
Skip to content
×
Endurance , News

Pastor Maldonado Won’t Be Racing In The WEC This Season

The WEC has managed to survive through some tough blows in recent years. Audi shockingly left the series at the end of 2016 and Porsche followed at the end of the following year. Fernando Alonso joining Toyota for the 2018-19 ‘super season’ brought some much-needed interest to the struggling LMP1 class but, his goals achieved, he decided to depart the championship after just one season.

With SMP Racing pulling out of LMP1 and Ford and BMW withdrawing from GTE-Pro, the 2019-2020 season was very much shaping up to be something to push through until the introduction of the hypercar regulations can hopefully reinvigorate the series once more in 2020. And hey, in that time, at least we’d still get to enjoy the exploits of Pastor Maldonado in LMP2, right?

Not anymore. Just over a week before the new season is due to get underway at Silverstone, Maldonado has announced that he won’t be part of the No.38 Jota Sport crew, with Antonio Felix da Costa set to take his place. Forget Audi and Porsche quitting, Maldonado dropping out is arguably the biggest challenge the WEC has faced in its history.

Un saludo a todos mis seguidores. Ante todo quiero agradecer el gran apoyo que me brindan día a día. Les quiero informar de antemano que no estaré participando esta temporada junto a mis compañeros #RobertoGonzalez y #AnthonyDavidson en el equipo Jota-Sport, campeonato @fiawec_official debido a no alcanzar un acuerdo equilibrado para ambas partes. Aprovecho para desearle el mejor de los éxitos en este campeonato #2019 – #2020. Les daré información sobre mi futuro pronto. Hello everyone. First si want to thanks all of you for the amazing support that you give me every day. I want to inform that officially I’ll not participate this season together with my teammates #RobertoGonzalez and #AnthonyDavidson in Jota-Sport at @fiawec_official due to not reaching a balance agreement between the parties. I take the opportunity to wish the best of luck to my ex-teammates for this championship 2019-2020. I’ll give you news about my future soon. ————————————————— #motorsport #wec #championship #racing #f1 #pastormaldonado #1 #venezuela #news #cars #future #fit #always #ready #for #more

Despite the reputation he cultivated in F1, Maldonado actually took to endurance racing really rather well. He took LMP2 pole at Le Mans in 2018, took a number of podiums, won at a snowy Spa-Francorchamps and finished third in the LMP2 championship.

He even had a one-off foray into IMSA, racing in the Daytona 24 Hours, and guess what? He won his class there, too. He did crash out of this year’s 24 Hours of Le Mans but hey, you can’t change everything!

The plus side is that he’s said he’ll give us news about his future soon. Does that mean he’ll be joining another WEC team? Or perhaps he’ll do some races in another category entirely – IndyCar’s pretty exciting at the moment, Pastor.

Or maybe he’s got something else in the pipeline entirely. Next week, Mercedes is believed to be announcing who’ll be driving alongside Lewis Hamilton in 2020. It’s expected to be either Valtteri Bottas or Esteban Ocon, but this is surely a strong indication that Maldonado is also being seriously considered. Him leaving the WEC right as Mercedes is set to announce its driver line-up is far too strange to be a mere coincidence… 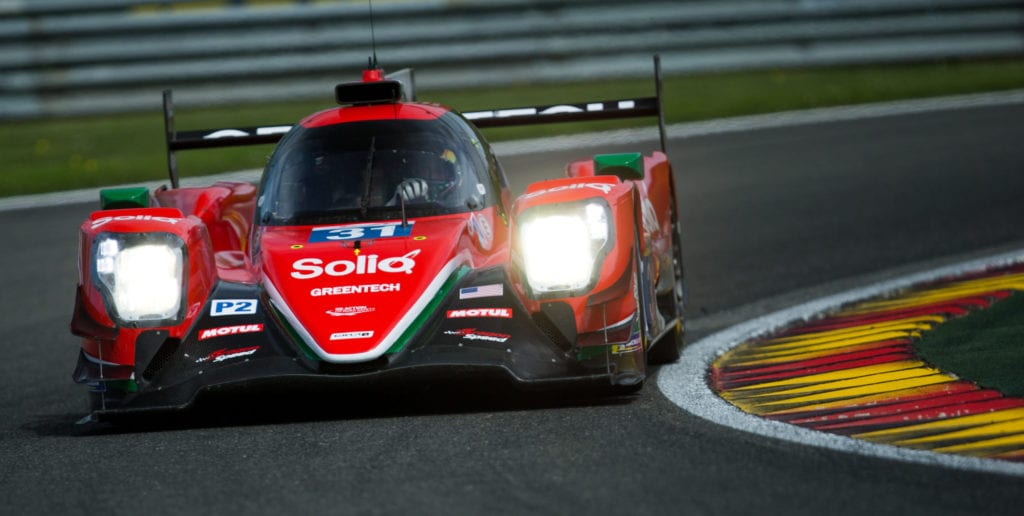