Patrick Head Is Coming Out Of Retirement To Help Williams – WTF1
Skip to content
×
Formula 1 , News

Patrick Head Is Coming Out Of Retirement To Help Williams

When you think of Williams’ past successes you think of the leadership of Sir Frank Williams, or the advances in aerodynamics and technology the helped the team to dominate in the 1990s. But throughout it all, Patrick Head was a constant presence. He co-founded the team along with Frank in 1977, and by 1980 the cars he designed and engineered were winning championships as Williams became one of the top teams in the sport. In 2004 he took a less prominent role back at the factory before eventually stepping down completely and heading into retirement at the beginning of 2012, though he retained his shares at the team.

Now, Williams is in a bit of a state. The FW42 isn’t just the slowest car on the grid, but problems with getting the car built, technical director Paddy Lowe stepping away, and concerns over a lack of spares have got some wondering whether or not the team might be on its last legs.

To try and help out, 72-year-old Head has returned to Williams in order to “offer some support to our engineering team on a short-term consultancy basis”, according to a team statement.

A no-nonsense individual, Head’s tough approach didn’t always sit well with certain drivers, but it can’t be a coincidence that Williams’ declines in performance roughly correlate to when Head reduced his involvement, so his partial return could prove to have a positive effect.

On the other hand, in a sport which is constantly moving forward, looking to the past could be seen as a slightly unusual move. Is it a smart decision to bring in somebody who’s lived and breathed Williams for much of their life? Or is it a throw of the dice from a team which is running out of options? 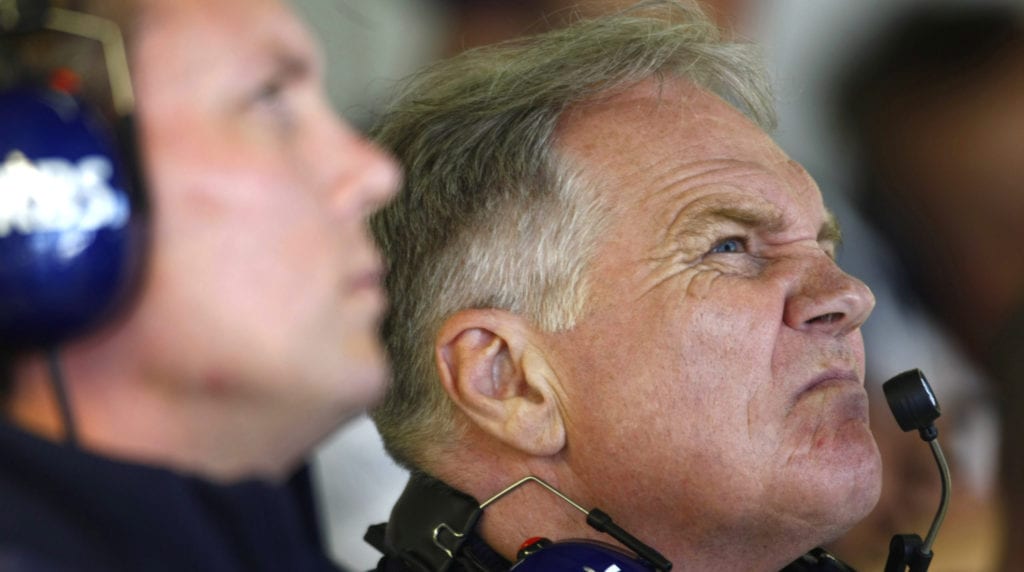