People Shouldn’t Forget That F1 Has Problems, Despite The Last Four Races

Before the Austrian Grand Prix a couple of months ago, the 2019 F1 season looked a little bleak. Mercedes was crushing everyone who dared get close to it, with the sleep-inducing French Grand Prix at the Paul Ricard car park a very obvious piece of evidence. But, something has stirred since then – the Austrian, British, German and Hungarian Grands Prix were excellent; the wet/dry German race a contender for one of the greatest races in F1’s long history.

But Haas team principal Steiner has brought everyone crashing back down to Earth by reminding people that F1 is still in dire need for change in order to bring that excitement to every race on the calendar. The 2021 season is set to welcome another massive change in the regulations, designed heavily around “improving the show” through new-look cars, a new take on old aerodynamic ideas and some changes to the financial side of things. Steiner told Autosport:

“You need to be cautious that we had good shows and never forget that we don’t want to kill it because we had four good shows. We still need to make it better in general, have a level playing field, because this can be the most exciting sport in the world, in my opinion, so we never have to forget that. It’s not that because we had four good races it’s all good now. Somebody is having a billion [dollar] budget, and living in this dream world.

As a privateer team, Haas will be keeping a keen eye on the prize money distribution and relative financial parity. While Steiner says that the introduction of a cost cap will not change everything overnight, it will be an important step in the right direction.

We can still expect to see the familiar faces at the front of the field, but there’s the hope that McLaren and Renault may return to competing for race wins; and the notoriously tight midfield battle will be able to edge closer to F1’s clearly defined ‘big three’. In the past six seasons, Kevin Magnussen, Jenson Button, Sergio Perez, Valtteri Bottas, Felipe Massa, Romain Grosjean, Lance Stroll and Daniil Kvyat have been the only drivers not in a Mercedes, Ferrari or a Red Bull car to reach the podium.

“We need to keep the big picture in place and for me the big picture is the budget cap, which is coming,” he added. The first one, as I always say, will not solve all the problems, but this is a step in the right direction. And keep on going with it, let the people race more. But it’s not that we can now say that because we had four good races everything is fantastic, because it isn’t.”

Red Bull team boss Christian Horner says that the emergence of Verstappen and Red Bull as consistent challengers for race victory has played a huge part in F1’s surge of excitement. The Dutchman won in Austria and Germany and was just a few laps away from beating Hamilton in a cat and mouse Hungarian GP. 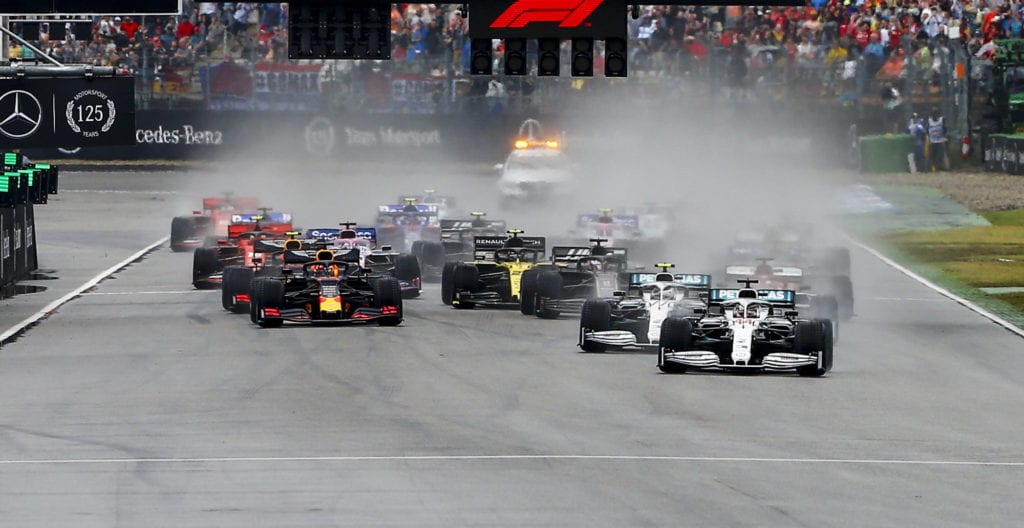