The marshals at Monaco are probably the best in the world when it comes to speed and efficiency, but two had a lucky escape near Ste Devote during the safety car period as Perez exited from his pit stop.

Unsurprisingly Perez was incredibly startled by the situation, saying, “What was wrong with those marshals? I nearly killed him” over the team radio. After the race he elaborated on the sheer luck of the incident, telling Motorsport.com:

“They were running back and I was coming out of the pits. I had to brake and was very lucky – they were lucky I avoided them. They’re usually very good, but it’s safety at the end of the day – and most important is safety for the marshals and drivers.”

Perez ended his race 13th in a difficult weekend for Racing Point but took to Twitter afterwards with a philosophical mindset:

After this incident, I’m just very happy with the outcome of my day. That we all can go back home safe and sound with our families. For the safety of the marshals I hope it never happens again! 🙏 #MonacoGP #Checo11 pic.twitter.com/PP8Me3Frlz

Yeah, that was really close. 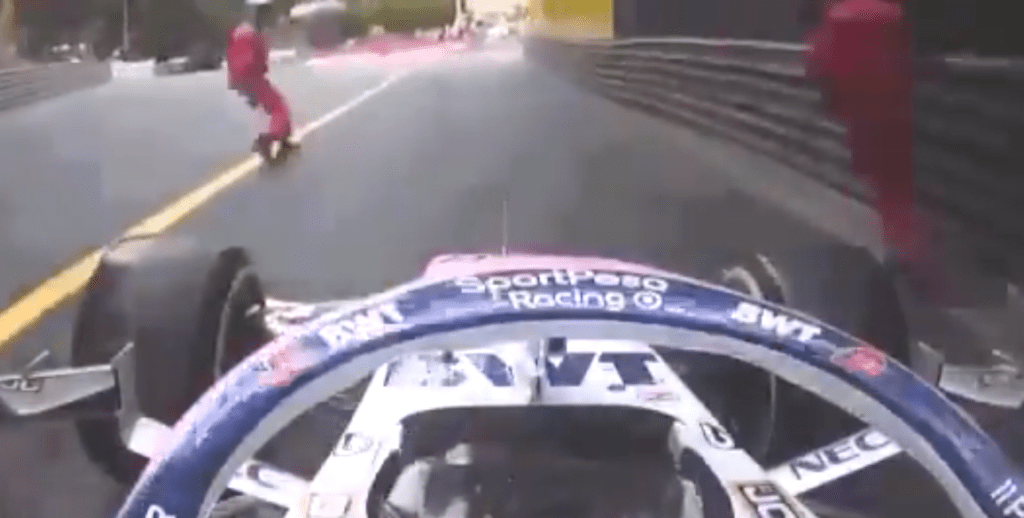